5 Reasons Why You Should Publish An Ebook Box Set

Traditional publishers have been giving way print box sets of books for years, but have you ever thought of bundling your e-books together and publishing them as a box set? Who doesn’t love getting a series all in one go?

Why you should consider publishing a box set:


Box sets are a great opportunity for authors to publish their books together in one set because to increase their sales by selling a completed series for a discounted price. They are also a great way of collaborating with other authors by promoting each other’s work. Plus you’re inviting new readers to read other books that you may have written.


Publishing your books together in one place is a great way of getting more people to notice your books by publishing them in different categories or on different e-book platforms such as or iBooks, rather than just publishing on Amazon.


Box sets are considered much more valuable than single titles because readers are getting more for their money by buying your books for a discounted price.


Box sets are much easier to market than single titles because you don’t have to put all of your efforts into each book, you can do all of your marketing and promoting on one product. It’s also easier to get into places such as Bookbub.

5. It’s another stream of income


As an indie author, it’s important to have multiple streams of income when it comes to your writing business. Bundling your books together as an e-book boxer is another valuable stream of income as box sets often sell better than single titles. 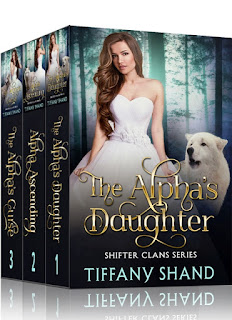 After being kidnapped as a child, Christy Daine was sent away from her shifter clan to live among humans. For over a decade she has lived in fear of the people who tried to kill her. Living with her bodyguard, Ronan, the two embark on a secret relationship that could get them both killed.

When her father, the alpha of all the clans demands she return home to marry a man he’s chosen for her, Christy will finally have to face her past and her true nature. Danger lurks around every corner and even Ronan might not be the man she thought he was.

After watching her family be slaughtered by the man chosen to be the next alpha, Christy has to turn to the only people left on the island for help. The outsiders are considered outcasts by the shifter clans and were blamed for her mother’s death years earlier.

Only she can become the true alpha and bring the clans together before it’s too late.

Christy should be happy now she’s finally with the man she loves, but enemies still cover the island sanctuary that the shifter clans call home. After discovering her brother may still be alive, Christy must go back to the man responsible for killing her family and into the heart of danger.

Now the alpha, she must find a way to stop the people who seeks to destroy all shifters, bring together the clans and the outsiders and stop the centuries old Alpha’s Curse before it can destroy every shifter in existence. 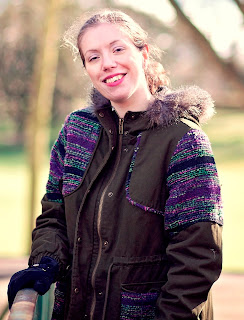 Tiffany loves to read books and discovered her love for fantasy and paranormal romance.  She writes both non-fiction and fiction, and love helping writers to build their author platforms.