Cover Composition - The Rule of Thirds and The Golden Ratio 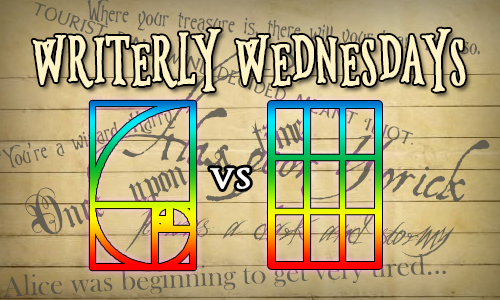 The Rule of Thirds and The Golden Ratio


We all know the adage, don't judge a book by its cover, but we all do! The cover is what grabs the reader's eye, especially in this age of the Internet, when you make have even less time to snag a reader as they scroll down Amazon or Smashwords, than while they wander through a book shop.

I design my own book covers, mostly because I enjoy it and, now that I am on Wattpad, it's kind of important because even fanfic needs a cover. Over time I have learned many things, and one of those things is how to layout a book cover to make it pleasing to the eye. Let's not mention my early attempts when I knew nothing - I am gradually replacing any of those that still exist ;).

The thing is though, there is more than one way to do it.

Of course there is :) - there couldn't just be one magic formula could there. Today I'm going to talk about 2 techniques I have used in, what I hope, is a successful manner.

The Rule of Thirds


Until recently, I have almost exclusively used The Rule of Thirds, which is the easiest to layout quickly. It is very straightforward to add to an image:

Here is an example of a cover I designed using the rule of thirds (it's for The Soul Reader Series, books 1-3 that will be coming to paperback soon): 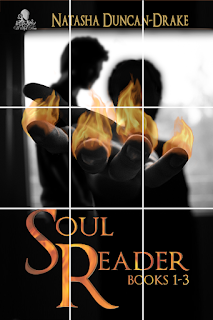 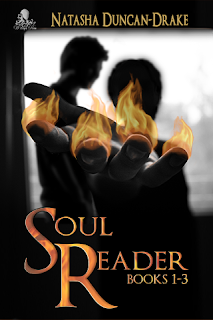 As you can see I used the bottom third for the title and the top 2 thirds for the image. I also made sure each of the figures was place over a power point and the main action was nearly completely in the middle third.

I don't know why the human brain finds this pleasing, but it does :).

*If you would like to know more, here is a great article about The Rule of Thirds from Cover Design Studio.


The other option I am learning about for book covers is the Golden Ratio. This is a little more complicated to layout, but also seems to give a good feel for a cover. I've only just started using this, but I find is especially useful for laying out titles. Because this golden ratio can be scaled, it can be used within elements of the cover as well as for laying out the full cover.

This is the golden ratio:

It is made by dividing a quarter of a circle by 1.618 and adding the part together to create a spiral.

The easiest way to get it, is to google it and download a png or vector of it someone has already made :). (Like this one).


THERE IS ONE IMPORTANT RULE - never scale the golden ratio without the relative dimensions being fixed, or you will wreck the whole point of it!

There are many ways to use the golden ratio, it can be used to frame an image, or to arrange an image, but what to remember is that important bits of the image should line up with bits of the ratio pattern.

This is a cover I created for my fanfic Opposites (ReVamped) (which I am currently posting to Wattpad) using the Golden ratio to lay it out: 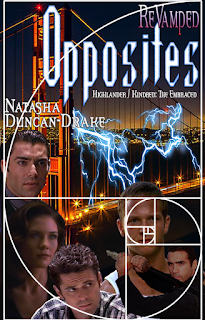 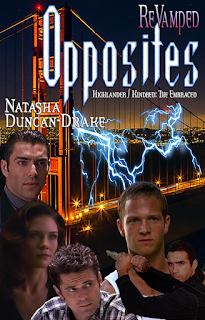 The main elements of the image follow the ratio, ending with Richie as the focus, because he's the star of this particular story.

F.Y.I. I also used the Rule of Thirds to place the title, which was created as a block, once again using The Golden Ratio, as well as using RoT for my name.

As I mentioned I'm new to this technique, and I'm not sure I quite have it yet (I think Richie might need nudging to the right a smidge ;)), but you see the general idea.

*If you would like to know more, here is a more in depth article about The Golden Ratio by the Keith Draws Blog .

The Rule of Thirds vs The Golden Ratio

Personally I like the look of both layouts. I think some covers will lend themselves to one, while others fit more with the other.

The Rule of Thirds is definitely more intuitive and straightforward than The Golden Ratio, but they have a similar effect, on my eye, at least.

One thing I do know for sure is that having a layout in mind when designing a book cover makes the process easier if nothing else. Deciding where to place things it one of the hardest decisions when creating something from scratch and a layout really helps.

In my experience it also makes the end product superior.

Do you design book covers? Do you use one of these techniques or do you have another?

As a reader, do you have a preference for cover layouts, or do they not make a huge amount of difference to you?
Posted by Tasha Duncan-Drake at 08:00 2 comments:

This is just a shout out to let people know, I am so sorry if you commented and it had not yet appeared.

I had asked Blogger to email me when comments require moderation (had to turn it on because of changes they made), but it wasn't telling me about them.

I have just been through and moderated all comments - so hopefully it won't happen again!

Now I can go through and reply. :D
Posted by Tasha Duncan-Drake at 10:20 No comments: So I am currently working on combining the Soul Reader series into a single book so I can publish it as a paperback. The stories are too short to work as cost effective individual books, so I'm putting them all together in one volume.

I'm on the proof with a red pen stage at the moment. That's what I shall be getting back to as soon as I hit publish on this :D.

I'm also working on finishing the 4th part to the series as well, but that's going to take a little longer.

I spent most of the weekend on it. The original image is from pexels.com (best site for free images ever!) and is by a chap called Lalesh Aldarwish. He has some other fantastic images on there for free download too, so check him out.

From there I had some fun with the rule of thirds and the golden ratio and fire. I've just started using Illustrator as well as Photoshop and it's really good for text. Still learning, so it took me ages to get the title right, but there are many wonderful tutorials on Youtube, thank heavens.

Are you ready? I know you're on the edges of your seats, aren't you ;)

And here's how it will look in paperback: 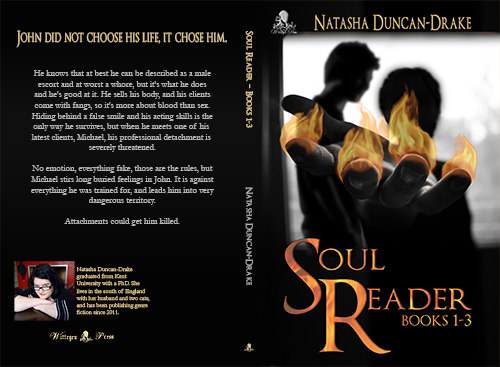 Thank you for dropping by.

Do you have any favourite covers, either on your own books or on ones you have seen on the internet?

~*~
P.S. I was lucky enough to be asked to guest post on the blog of the lovely  Ronel Janse van Vuuren this last weekend. I wrote all about eBooks.

eBooks - The Future or a Mistake?
Posted by Tasha Duncan-Drake at 11:57 6 comments: