Recipe: Turkey (or Chicken) Bake with Mushrooms - Great for leftovers 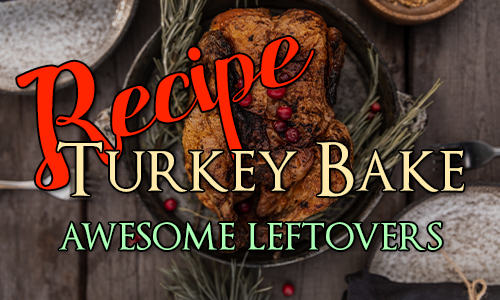 Turkey (or Chicken) Bake with Mushrooms
Great for leftovers

Greetings one and all, it's been a while hasn't it. I've been focusing on VirginiaWaytes.com for the last few months. I hope you have missed me 😁. Blessings of the Christmas season and Happy Holidays - I hope you have had a pleasant one this year, even if circumstances made it less than ideal. I return with a recipe that is great for using up all that leftover turkey and it works well with chicken leftovers as well for the rest of the year.

We had this today - still have turkey left, but it used up a good deal of it and was delicious. Just up the amounts to feed more people - I did double this today for five people and we have leftovers or the leftovers now 😂

Posted by Tasha Duncan-Drake at 15:42 No comments: