So, saw Prometheus two nights ago for the first time and I have to be honest, I can't work out why some people panned it. Both Rob and I thought it was superb.

It had everything:  a cohesive plot, good characters, good actors to play those characters, kick arse special effects.

Very rarely have I seen a prequel I actually enjoyed, but this one is superb. I think, because unlike most prequels it was not just showing us something we already knew. Prometheus not only takes the viewer into the origin of the alien species, but the human species as well. It also has a lot of mirroring of the other films in interesting ways.

The whole aliens made us idea is not new, but the way Prometheus approached it was highly entertaining and just different enough to make it very interesting. Beautiful sequel at the start introducing them as well. Michael Fassbender is utterly brilliant as David. He's all kinds of hot and yet utterly creepy at the same time. He had a whole 'OMG pretty, but wow there's something missing' thing going on that is just perfect for his portrayal of an android.

Idris Elba is also brilliant as the captain of the space ship. He has some great lines and plays down to earth with a side of heroic human really well. He's practical, but not bitter like we have seen in some captains in gritty sci-fi.

Then there's Charlize Theron as Meredith Vickers, who is almost as cold as David, but with that spark of humanity that makes her seem actually worse. She does a fabulous job of being the corporate bad for most of the movie.

And of course Noomi Rapace as Elizabeth Shaw, who is really the star of the show after David, but didn't actually capture me until about half way through. At the end she definitely shines, but she's no Ripley, sorry.


BELOW THE CUT ARE SPOILERS


I have another recipe for you all. I haven't actually made this one yet myself, but I have eaten it and it is amazing. Since this recipe has been passed down from an aged aunt of a friend to her and then to me, it is possible it's an original Coronation Chicken recipe from some magazine of the time :).

If you want you can add sultanas or chopped apricots to the mix when you add the chicken, and toasted almonds for a crunch when you are ready to serve. Works well as a salad dish, a sandwich filler or as a side dish.


Posted by Tasha Duncan-Drake at 14:34 No comments:


Ever had a cheesecake that just won't set and goes blurgh all over the plate when you take it out of the fridge? Never gonna happen with this recipe :). It is my MIL's recipe and it is not only incredibly easy, it is amazingly tasty as well. I made a choc orange one yesterday and it was divine.

Posted by Tasha Duncan-Drake at 14:31 No comments:

The Next Big Thing

Sophie Duncan tagged me last week for this meme, which is all about answering ten questions about my current work in progress.

This is quite difficult because I have several and I really am writing them all at the same time and I'm not sure what will be finished first. Zero out of ten for organisation on that one. Hence I decided to talk about the current novel I'm working on rather than some of the shorter works.

1. What is the working title of your book?
Tints of Gold and Red

2. Where did the idea come from for the book?
I have a very popular fanfic called Gold Tinted Spectacles, which is based in the Harry Potter fandom and the other day I was poking around in my folders, as one does, and had a nose at it. I realised that there are some great ideas in the fanfic that are entirely separate from the underlying fandom. It occurred to me they would make a good basis for an original book. So what I've been doing is ripping the text apart, saving some bits, marking up others to change as well as devising my own magical universe in which to set the events.

3. What genre does your book fall under?
Contemporary fantasy, YA

4. Which actors would you choose to play your characters in a movie rendition? 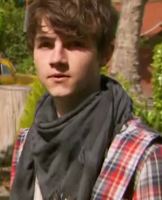 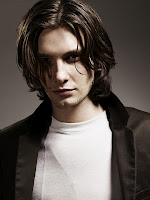 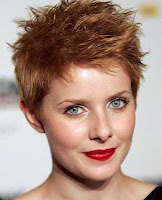 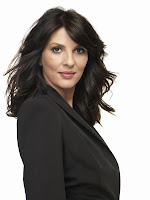 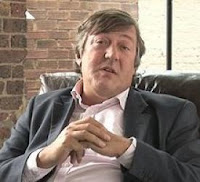 
5. What is the one-sentence synopsis of your book?
White, Grey, Black: magic has many guises and Rafe has been ruled by the fact none of them agree; now his life depends on balancing them all.

6. Will your book be self-published or represented by an agency?
Self-pub, unless I suddenly become incredibly sought after and gain myself an agent :).

7. How long did it take you to write the first draft of your manuscript?
Well technically I haven't yet, but the original fanfic took a couple of weeks, then several more to make sure all the details were correct. It's going to take me a lot of time to dismantle the original, rewrite the scenes I want to keep and then add in all the new stuff. Probably about a month I should think.

8. What other books would you compare this story to within your genre?
Harry Potter and Percy Jackson

9. What else about your book might pique the reader’s interest?
The main romance in it is a gay one between Rafe and Scott, so it gives an alternative to all the boy/girl teenage angst out there :). There's a lot of magic and Fae and conflict, so plenty of excitement to keep people interested.

10. Tag you’re it! (this is where you link to the five authors you have tagged)
No one wanted to be tagged :(. If you would like to be now, drop me a comment and I'll add you in.


Rules:
***Answer the ten questions about your current WIP (Work In Progress)
***Tag five other writers/bloggers and add their links so we can hop over and meet them.
Posted by Tasha Duncan-Drake at 11:47 No comments:

My latest title is out today. It's available from Smashwords and Amazon, apologies for those who buy their books from elsewhere, it will be available at Barnes and Nobel etc once it reaches the premium catalogue on Smashwords.

Thank you in advance to anyone who reviews the book or mentions it to their friends. 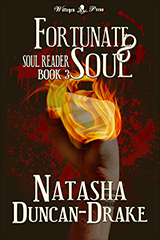 
Description: With a lot of help from Michael, John is recovering slowly from his kidnapping ordeal at the hands of his previous employers. However, John has noticed changes in Michael's behaviour towards him now that he has been marked by the organisation's captive vampires. He's worried his scars will be too much for their fledgling relationship.

This is one of the short stories of the series and hence it will eventually be free everywhere, but Amazon take a while to be convinced of this :). Smashwords do offer a Kindle option to download if you don't mind adding it to you device the long way.

"You're looking pensive again, Johnny," Michael said as they reached the top.

It made him smile because, at some point over the last few days, Michael had partially picked up his family's habit of calling him Johnny. Somehow that made him happy.

"Just thinking about the worrying behaviour you've picked up from my Nan," he replied and rewarded his lover with a fond smile.

The only reason they had decided to come back to London was because Michael had things to work out for his play. Well actually John had decided, because he had caught Michael on the phone trying to postpone something and he wasn't letting Michael put everything off for him. Michael's constant attention to him was more than he could ever have asked for. If he was truthful with himself he had thought it would all end before it had really begun, especially with the stresses of reconnecting with his family.

"You undress," Michael told him, steering them into the bedroom, "I'll get the shower going."

Then, with a quick kiss, Michael was gone and John was left to pull off his travel rumpled clothes. It was as he removed his long sleeved top that he caught sight of the scars on the inside of his wrist. Two neat little puncture marks that made him just stop. He saw the other scars from his imprisonment if he looked in the mirror or studied his upper body, but he could avoid looking at them, the ones on his wrist always seemed to catch his eye.

He'd been feeding vampires for a long time, but he'd never been scarred before and it made him feel degraded. He'd been used like a thing and his users hadn't even bothered to use him properly.
Posted by Tasha Duncan-Drake at 11:14 2 comments: