The Joys of Cover Design Now We Have Sites Like Unsplash 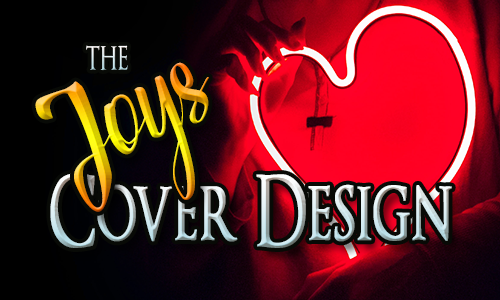 The Joys of Cover Design Now We Have Sites Like Unsplash


Making eBook covers used to be a lot harder than it is these days. Why I hear you ask?


Because there were a lot less resources available.

There have always been places like Getty images and some royalty free images sites, but the images on them cost not insignificant amounts of money, especially when combining several images to create new ones.


where the most wonderful artists upload their work to be used totally for free. Technically we don't even have to give credit, but I think that's incredibly rude! For example, the image I am using in the background of my banner today is by DESIGNECOLOGIST on Unsplash.

Many of the photographers have donation options - a great way to pay back their hard work.

Now these images aren't always the highest quality and could be problematic for high def print work, but for web images like eBook covers, they are amazing.

Over the weekend I have been working on the covers for The Manor, the new series by Virginia Waytes, coming early next year to Wittegen Eros and the Sexy Stories podcast.

Anyway, I did manage to eventually find all the images I was after.

You can check out the cover reveal for Episode 1 - Lamb in Wolf's Clothing over at Virginia's wordpress blog: Virginia Waytes - The Parlour - Sexy Stories. And yes, it's very different from the one that was on the Free Fiction Friday version of the book.


Join now to be in with a chance of winning a $20 (or equiv) Amazon voucher and all 12 novelettes of The Manor as they come out. 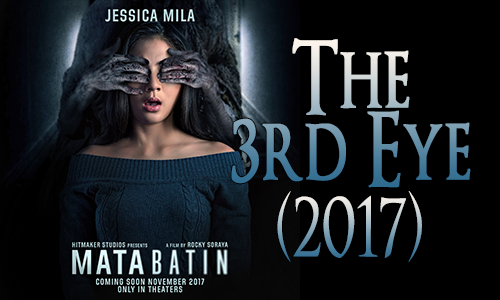 
So Rob and I watched a film last night, a ghostly horror film to be exact. In the middle Rob uttered the words: "We're going to have to watch something else after this before going to bed so I can sleep."

The film was very scary - I mean Ju-On - The Grudge level scary.

I was watching it through my fingers.

And then ... it totally lost all scariness, ending with a fizzle.

Turns out we didn't need to watch anything else because the film did it for us.

Now before I begin, I have to say, this is not a bad film - it is well worth a watch, just be aware it starts with a bang and finished with a sigh. 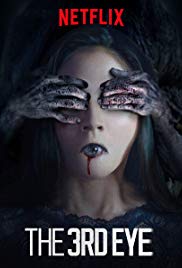 The film was The 3rd Eye (2017) aka Mata Batin - it's Indonesian and currently on Netflix.

Beware - this post is going to have a few spoilers, although I'm not talking in detail about the whole plot.

It started strong with a scary opening set in 2005.

Then it had a totally throw away scene setting section (say that fast three times ;)) set in 2017, using a character that was literally only there to tell us all about how the lead characters' parents died and why they have to move back to their childhood home. I mean I've heard of throw away characters before, but he was literally just exposition.

It was all telling and no showing, but I can forgive that, because then it got scary again, and the plot moved on well.

The story is all about two sisters, the youngest of whom, Abel, is aware of the supernatural realm - her 3rd eye is open. She is attacked in their childhood home and wears headphones all the time so she can't hear the scary noises associated with spirits.

Alia, her older sister, seems to be a little sensitive, but not like Abel, and Alia goes off to Bangkok to spread her wings, only returning to Jakarta when their parents are killed in a tragic car accident. (This was not a subtle plot). Along with her comes her boyfriend Davin.

To help her sister, Alia asks the local psychic, Bu Windu, to open her 3rd eye so she can see what Abel sees.


The scenes where Alia finally realises that all the talk of dead people and ghosts is real is amazingly done. It takes us on the journey that Alia is having and does it brilliantly, because it allows us to suspect, before it throws us right in the deep end. The haunting scenes in the girls' childhood home are also fantastic. They could not have been done better.

It is brilliantly scary.

However, then it goes on too long.

We find out more and more about the haunting during the film, and it only gets scarier with each part we discover. The ghosts are so well done and the eyes - OMG the eyes! However, eventually the plot starts to resolve and because of the way the film is structured we lose some of the fear. This would be perfectly valid if this was the end of the movie, but it's not - it has a whole 25 minutes left to go!

That's what I mean by it ending twice. It even technically changes antagonist. However, the second antagonist is never really a threat, so they aren't frightening. 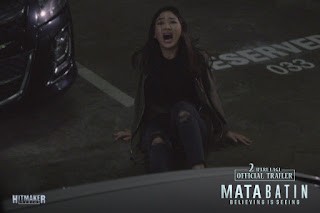 Now I do love the twist at the end, but it is handled in such a clunky manner. It's like the writer couldn't figure out how to put it all together in one climax, so we had to have two, with a complete tension breaker in the middle.

I have to admit, I haven't watched many Indonesian films (we're getting to them on Netflix, but we've only seen 2), maybe this is how they like their horror movies - really scary and then with a chance to wind down at the end. However, it was a complete tension killer for me.

Also I think the lead characters would have benefited from the odd Valium. When the characters have been told to control their fear because their fear makes the spirits stronger, them running and screaming all the time gets old. It's like they're not even trying!

Anyway - to summarise - well worth a watch, but the ending is a bit of a let down for fans of really scary horror.

Have you seen The 3rd Eye? What did you think? Is it indicative of the Indonesian style of horror movie, or just this particular writer/director? Do you totally disagree with my assessment (and no, I won't mind)?
Posted by Tasha Duncan-Drake at 09:31 No comments: 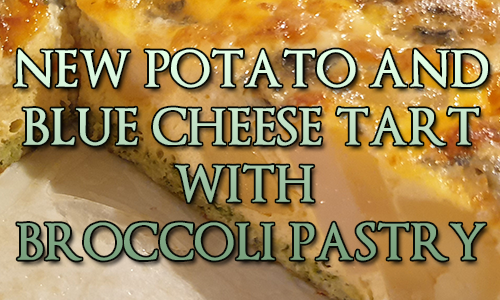 This is a new recipe I created based on the same premise as the Butternut and Goat's Cheese tart I posted the other week. It uses the same gluten free broccoli pastry, but I think this filling is even better. After all broccoli and blue cheese is a classic combination. 💖

Be warned, this is a very rich tart - not much is needed for a good meal, especially if adding a small salad on the side.

For the Broccoli "Pastry"

We had this for dinner last night and it was delicious and we now have plenty in the fridge for a second meal too 😋. 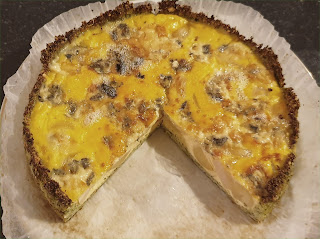 Posted by Tasha Duncan-Drake at 15:21 No comments:

Tips and Trick to Help the NaNoWriMo Process 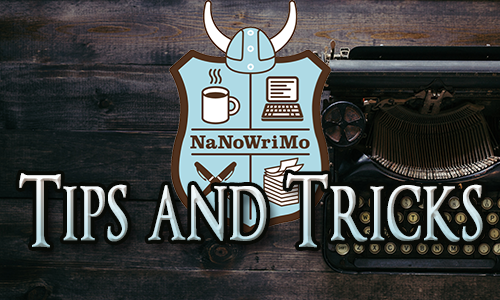 Tips and Trick to Help the NaNoWriMo Process

So we're on day 4 of NaNoWriMo and we've already had a weekend to contend with. How's it going? Are the words flowing, or is it being a pain? I've won NaNo six times now and some years were so much harder than others!

For some, starting a novel is the hardest part. The idea is there in our heads, but trying to form it into something that makes sense on paper is difficult. And of course there is the really big question, where do we start in the first place.

There is a lot of theory on where a writer should start a novel, and I'm not going into all that, all I am here to say is:

One of the key things to remember with NaNo is it doesn't matter how much terrible material we add to our novel, it's all about getting the words down. We can edit later, but we can't edit what doesn't exist. Sometimes the getting there is actually the important part, and it's definitely true with NaNo.


We are not aiming for a perfectly finished novel at the end of November, we are aiming for something that can be crafted into our perfect novel.

How to Get to the End and Win NaNo

Now I've mentioned some of these before, but I think they are worth reiterating, these are my tips for winning NaNoWriMo:

And there you have it, my tips for not going bonkers when trying to hit the 50K target. And remember, we write because we enjoy it (really we do😜) - have fun! 😊


Best of luck to all writers having a go this year, whether it is your first time or your tenth. I hope your words flow and your plot evolves.

Anyone else have words of wisdom to add?
Posted by Tasha Duncan-Drake at 11:21 2 comments:

NaNoWriMo - Who's taking up the challenge this year? 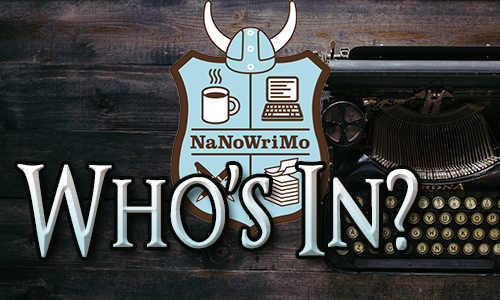 NaNoWriMo
Who's taking up the challenge this year?


November has come round again, which can mean only one thing: NaNoWriMo.


Who's doing it this year?

I have my spreadsheets ready and my keyboard primed. Spent this morning doing everything else I needed to get done so that this afternoon I can just get writing.

NaNoWriMo.org has had a nice looking revamp since I was there last. The only thing I found a little odd, was that updating the word count does not seem as prominent as it used to be. It seems to be only a little plus in the header bar. Took me a while to find it, but that could just be pure incompetence on my part 😂.

However, I really like the profile and header image stuff we can now have. 💖

Good luck to everyone who is leaping in - may your words flow and your count increase!

Forgot to add - this is me https://nanowrimo.org/participants/tashaddrake if you would like to be buddies.
Posted by Tasha Duncan-Drake at 11:16 5 comments: