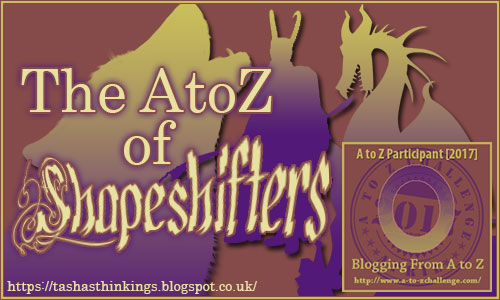 Welcome to Day 15 of the AtoZChallenge and the letter O. Every day in April (except Sundays) I will be making a post about shapeshifters of all kinds. Check back to see my choices and, from time to time some flash fiction too. 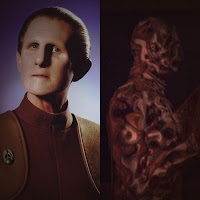 Deep Space Nine was terribly exciting for the Star Trek franchise because it was the first time they stepped out of the mould. It was not set on a Federation Starship, but a Space Station and that wasn't even Federation built.

Odo (Rene Auberjonois) is one of the really intriguing characters because he isn't even technically humanoid. He is in fact a gelatenous creature that can take any form he choses. He is a Changeling.

He can maintain any form for sixteen hours, after which time he must return to his gelatenous form to regenerate. He is the Constable on DS9, responsible for the day to day security of the Promenade and Station. 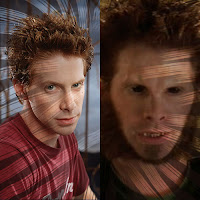 Daniel Osbourne, Oz to his friends is from the iconic Buffy the Vampire Slayer. He is played by Seth Green and did not start the series as a werewolf.

He is a bass player and musician at heart and that is his main focus in life. So much so that, despite being very bright, he had to repeat his senior year of high school and joined the Scooby Gang as a year mate (very useful to keep his character around :)).

Oz became a werewolf when he was infected by his pre-adolescent cousin Jordy during a tickle fight. He struggled with the condition greatly, losing to it on several occasions, but eventually making peace with it.

Oz was always one of my favourite characters in the early seasons. His laid back attitude and complete acceptance of everything supernatural was inspired.


Thanks for dropping by :).
Happy AtoZing!