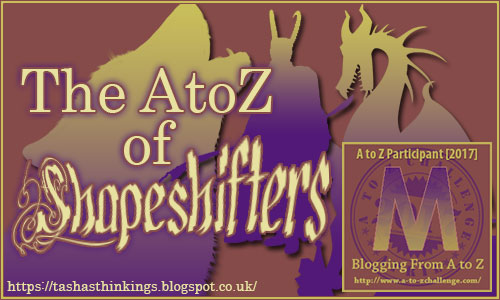 Welcome to Day 13 of the AtoZChallenge and the letter M. Every day in April (except Sundays) I will be making a post about shapeshifters of all kinds. Check back to see my choices and, from time to time some flash fiction too. 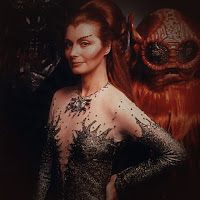 This shapeshifter didn't have fancy effects and CGI, she had a wibbly sound effect and a cut away before people in suits were running around. Maya (Catherine Schell) is from Gerry and Sylvia Anderson's Space 1999.

Maya didn't pop up until season 2. When those from Moonbase Alpha visited her planet Psychon, her father Mentor tried to capture them to use to power his biological computer, Psyche. When Maya found out the truth she helped the Alphans get away and hence was welcomed into their community as a science officer.

Like all her race she has the ability to change her molecular structure and become anything or anyone she wishes to. This proved very useful to the residents of Moonbase Alpha on many occasions. 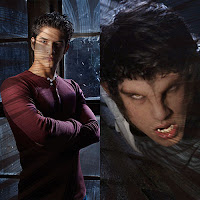 Scott McCall (Tyler Posey) is the Teen Wolf of the title of the show. Bitten in the first episode by a rogue alpha werewolf thank to being in the woods looking for half a body with his friend Stiles, Scott starts to change.

He almost kills Stiles at least once as they figure out what's going on. Eventually Scott's innate goodness and sense of morality lead him to become a True Alpha, an alpha werewolf that spontaneously became so rather than inheriting their powers or stealing them by killing another alpha.

Scott is a good guy, but he seems to beleive the world is very black and white, good or evil, and sometimes this leads him to make really dumb choices.

Mags (Doctor Who - The Greatest Show in the Galaxy) 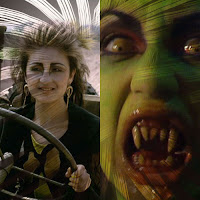 Mags (Jessica Martin) appears in the Doctor Who episode The Greatest Show in the Galaxy along with the 7th Doctor and Ace. She, along with Captain Cook have been lured to see the legendery Psychic Circus.

However, what none of the potential guests realise is there are only three spectators at the circus and everyone else is there to entertain. Acts that do not please the plain looking family of Mother, Father and Daughter never get a second chance.

When the Captain is taken into the ring with Mags he uses simulated moonlight to reveal she is in fact a werewolf and tries to set her on the Doctor.

As with all Sylvester McCoy episodes once the Doctor teamed up with Ace, this story had layers all through it and I really liked the touch with Mags, especially considering who the family turn out to be. Frankly I will never forgive them for cancelling the show just when it was getting really good.


I hope you enjoyed my werewolves and shifter today.
See you next time for the letter N.