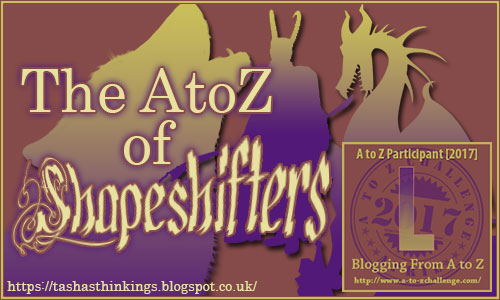 Welcome to Day 12 of the AtoZChallenge and the letter L. Every day in April (except Sundays) I will be making a post about shapeshifters of all kinds. Check back to see my choices and, from time to time some flash fiction too. 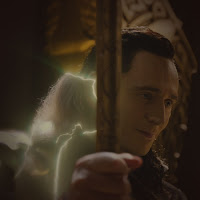 So who else could I go with for L than the greatest trickster of them all, Loki? In Norse legend he is a shapeshifter extrodinaire and in the MCU he has these abilities, but toned down a little.

Played by the wonderful Tom Hiddleston, Loki is broken, bonkers and beautiful. This is one guy with serious daddy issues. Not only is he forever trying to get the attention of his adopted father, but in doing so he killed his real father as well. For a very intelligent being he's definitely one sandwich short of a picnic in a lot of his reasoning.

Loki has the ability to literally become someone else, as seen when he takes the form of Odin and Captain America. We know he can change his form at a fundamental level because he has lived his whole life in a body that is not his own. As a Frost Giant he should be blue, but either Odin changed his form when he rescued him as a baby or Loki's magic did it instinctively, making him Aesir. It was finding out his true heritage that pushed Loki off the deep end, his stesser as they say.

As you can probably tell, Loki is one of my favourite characters - he has so much depth. He's such a great character that they had to cut him from the dream sequence in Age of Ultron, because he was in it for 30 seconds and the trial audience assumed he organised the whole thing. 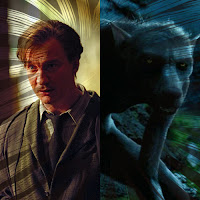 One of the Marauders, friend to James and Lily Potter and werewolf.

Remus was infected with lycanthropy by Fenrir Greyback in a revenge attack against his father Lyall. He is a quiet person, but highly intelligent and willing to dive into trouble for his friends.

Along with Sirius Black, James Potter and Peter Pettigrew he created the Marauder's Map while at Hogwarts, giving him and his friends the ability to see where every being was in the castle. The map even sees through enchantments.

During Harry's third year he taught at Hogwarts as the Professor of Defence Against the Dark Arts, during which time we find out he takes the Wolfsbane potion to prevent there werewolf part of his nature from taking over at the full moon.

In the movies he is played by the great David Thewlis.


Happy AtoZ - I hope you are enjoying the challenge.
See you tomorrow!