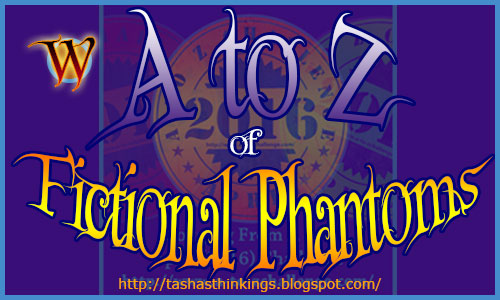 Welcome to W day on the AtoZChallenge. Today I have two tragic ghosts who were both murdered, but did not come back as vengeful demonic entities. One remained because of love, the other to annoy people. 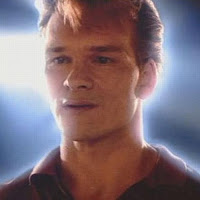 In the film Sam (Patrick Swayze), a banker, has just moved to a new apartment in New York with his other half, Molly (Demi Moore). At which point we get the famous potting scene that sent requests for pottery classes into the stratosphere.

On returning to work Sam find some unusual deposits in obscure bank accounts and begins to investigate.

That night Sam is mugged and shot. After which he soon realises he is a ghost. Since the mugger tries for their apartment Sam has to stick around to save Molly.

Molly cannot see him, but he stumbles upon Ada Mae Brown (Whoopi Goldberg), a supposedly fake medium who can actually hear him. He bullies her into helping him by singing "King Henry the 8th I am, I am" until she gives in.

Together they work to save Molly from the danger that killed Sam.

Myrtle Warren is one of the ghosts which frequents Hogwarts School of Witchcraft and Wizardry. She is usually to be found in the first floor girl's bathroom.

A Ravenclaw Muggle-born witch she attended Hogwarts in the 1940s and was a contemporary of Thomas Riddle. She was bullied by other pupils and was a loner.

She was killed by the Basilisk released from the Chamber of Secrets by Riddle. The entrance to the Chamber is in the first floor girl's bathroom where Myrtle was crying and she witnessed him opening it so he made the Basilisk look at her, killing her.

Riddle used her death to create his first Horcrux - the diary.

Myrtle haunted Olive Hornby, the girl who had made her cry in the bathroom, but was constrained to Hogwarts by the ministry so she couldn't keep doing it. Because of her moaning, her bathroom was rarely used by anyone at Hogwarts, except for illicit purposes.

Who would you haunt if you were murdered, your murderer, or the person who caused you to be in that situation in the first place?