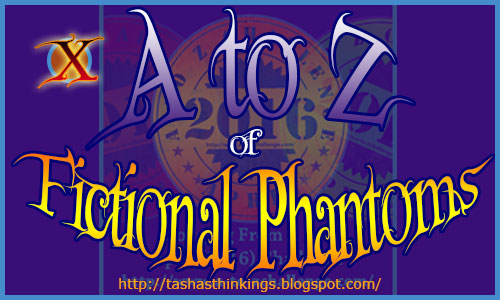 Welcome to X in the AtoZChallenge. I'm very sorry, I couldn't find a Fictional Phantom for X, so I have made one up. I hope you like him - I might use him in a story one day. 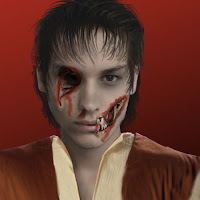 Xavier Brown died after contracting smallpox at the age of seventeen, the same winter his mother died of the disease. However, unlike his mother, his cause of death was not, in fact, the pox.

After his wife's death, Xavier's father, Robert, went slightly mad. He can to believe the only way to beat a disease such as small pox was to cut out all signs of infection from the afflicted individual. Robert's attentions killed his son in a most gruesome way.

Xavier saved his sister from the same fate by coming back and killing his own father.

Now, no one in the small village of East Morton hurts their children, well, not twice at least.

It is said the children see the kindly smiling face of Xavier Brown, while parents who abuse their children see the bloody mess his father's attempts at a cure left behind. If they are lucky all he leaves them with is a small scar down their left cheek, a warning and a sign to all of what they have done. If he finds them irredeemable then all anyone ever finds is the blood.