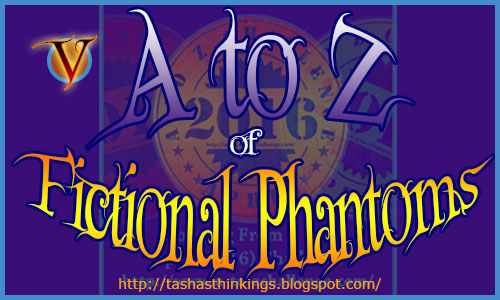 Welcome to my blog to share the letter V on the AtoZChallenge. My apologies this was not up at midnight - somehow I totally forgot to schedule it :). Today I have two nasty ghosts for you who were bad in life and bad in death. 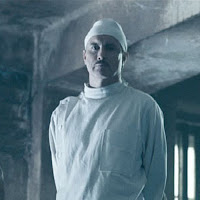 In life Dr Richard B Vannacutt was a cutting edge doctor and a despicable human being.

He ran an asylum for the mentally incompetent and performed grotesque experiments on his patients in the name of science. In many cases he killed them, because whose going to miss a few mental patients? He even rigged his asylum with iron gates that could be activated to make sure no one could get out.

In the end his patients escaped their cells, killing almost the entire staff and setting fire to the hospital. 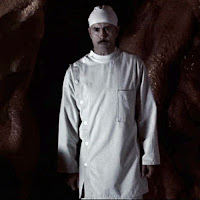 Rather than be defeated, Vannacutt, activated the security measures, dooming himself and the patients to death. However he was not spared in the afterlife. He haunts the asylum along with all those others he doomed to die.

Five members of staff were not their when the disaster took place and so their descendants must pay the price for them. Vannacutt is part of the Darkness which controls the whole building, waiting to kill in its rage. 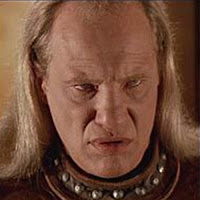 Another nasty man in life Vigo was not satisfied with death. In the 16th Century, Vigo the Carpathian was a tyrant and a powerful sorcerer. Among his other names are:


He used his power to live to the unnaturally old age of 105, at which point his subjects rebelled and executed him in every way they knew how. 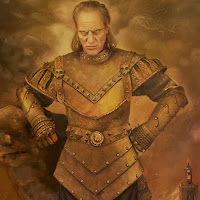 Unfortunately as his head died he uttered a prophecy that he would be back.

In 1989 he possesses his portrait which is now in the Manhattan Museum of Art. Vigo wants back into mortal life and to do this he needs to possess a child. He picks the son of Dana Barrett, ex-girlfriend of Peter Venkman, member of the Ghostbusters.

Thanks to the mood slime Vigo is able to channel all of the negative emotions of the people of New York, making him incredibly powerful. The city and possibly the world's only hope is the Ghostbusters.

So, who is more despicable, Vannacutt, who took an oath to first do no harm, or Vigo who tortured and killed thousands of those he conquered, just because he could?

Posted by Tasha Duncan-Drake at 06:58