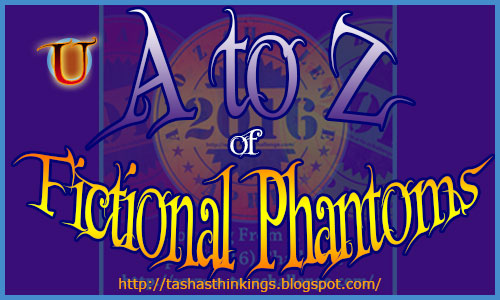 Welcome to Fictional Phantoms for the letter U on the AtoZChallenge. We're almost at the end, but I still have a few good ones left for you. Today is a ghost doing his best to protect his home in the only way he knows how. I hope you enjoy my choice for today. 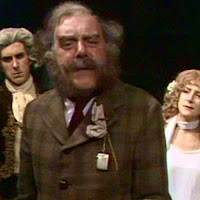 Sir George Uproar is the leader of a band of five ghosts who haunt Motley Hall. These ghosts have been haunting the Hall for hundreds of years, the oldest being from the Elizabethan period.

Sir George was a soldier in the nineteenth century, a General in the British army. He died by falling down the stairs, breaking his neck and ended up a ghost. He is noisy and likes to make his opinion known.

In life he led his men into battle. In death he leads the ghosts as they strive to save their home. An Uproar has lived in Motley hall since the Elizabethan era, but in 1976, the last Uproar, Sir Humphrey, was killed when an elephant crushed him. This left the hall open to being bought by unsuitable types.

With the help of Mr Gudgin, a local real estate agent, who understands the ghost's plight, Sir George and his friends haunt Motley Hall to put off potential buyers and developers. They cannot have their mouldering home destroyed or converted.

How far would you go if your home was threatened by destruction and redevelopment?