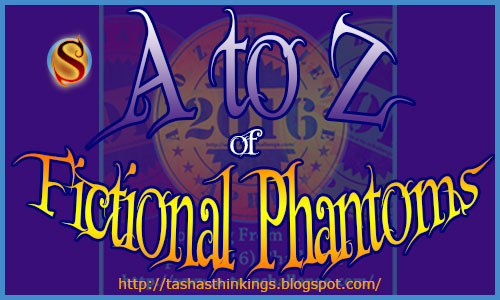 Ah, the letter S, I've always been fond of it and I have two fictional phantoms for you today who aren't so bad. Hope everybody's AtoZChallenge is going well. 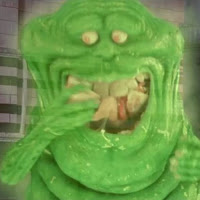 Slimer is a disgusting green blob; there is no other way to describe him.

He originally haunted the 12th floor of the Sedgewick Hotel in New York, Mostly just occasionally eating food meant for the guests. It was only Gozer's approaching arrival which caused him to make more of a nuisance of himself.

He was the first apparition apprehended by the Ghostbusters and he caused them a merry dance. 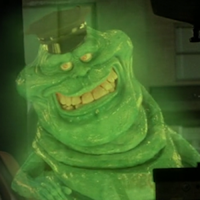 Ray was the first to find him, eating food from a hostess trolly. He them slimed Peter, hence his name, before finally being contained while in the Alhambra Ballroom. This being the first outing of the Ghostbusters they caused rather a lot of damage trying to catch him.

He was released from containment with all the other spooks when Walter Peck shut down the storage facility in the Ghostbusters' headquarters.

Slimer then became something of a pet to the Ghostbusters, because he reappears in Ghostbusters II, where he mostly interacts with Louis Tully. Slimer is the one who drives Louis to the Manhattan Museum in a stolen bus for the climax of the movie.

It has to be said that in the cartoon The Real Ghostbusters he is a lot cuter than in the movies.

Sweet William is a ghost in an English Ballad which has many versions and interpretations, but the main gist of it is thus.

Sweet William appears to his love, Margaret, to ask her to release him from his promise to marry her or he cannot rest in peace.


In the end, of course, Margaret released Sweet William from his promise, although in some cases she then dies on his grave.

Would you adopt a ghost as a pet if they were like Slimer?