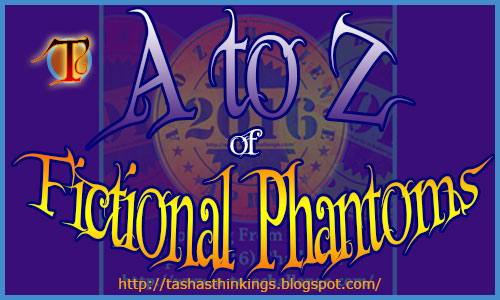 Welcome to day 20 of the AtoZChallenge and the letter T in my Fictional Phantoms series. Today is not for the faint of heart because I have two rather nasty ghosts for you. Both are less than pretty, if you catch my meaning.

I rather enjoy a good horror movie and Thirteen Ghosts is definitely that. It's a real spine-tingler. As you can guess there are 13 ghosts in it and I have chosen the one played by one of my favourite actors Craig Olejnik.

In the film ghost hunter Cyrus Kriticos has trapped 12 ghosts in a house built specifically to be a focus of supernatural power. The only way to see them in the house is to use special glasses.

These ghosts make up the "Black Zodiac" and the one I am going to talk about is called The Torn Prince.

In life The Torn Prince was Royce Clayton, a 1950s baseball star for his high school. He was arrogant and had a very bad attitude. His superiority complex led him to drag racing, which also killed him. A good percentage of his body is torn to shreds from being dragged under his car and he carries a baseball bat to use as a weapon on the living.

He is a very unhappy ghost who still thinks he's superior. 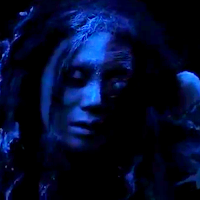 My second ghost today is Japanese and she is an urban legend: Teke Teke.

There are variations of the legend and today I am going to recount the fictional version in the 2009 film Teke Teke and its sequel Teke Teke 2.

Teke Teke is the ghost of a woman who committed suicide on the railway tracks after being raped. She is horrific to see because the train cut her body in half and it is only the top half that haunts the overpass over the tracks. 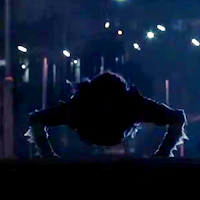 She walks on her hands, her long nails making the Teke Teke sound on the concrete as she moves.

If those who hear the sound look back and see her they are doomed for she is a vengeful spirit.

She can move very fast and has supernatural speed and strength and if she catches her target she cuts them in half. If her prey gets away they are still doomed because she will find them after three days and kill them.


Could you resist the urge to look back if you heard the Teke Teke sound?