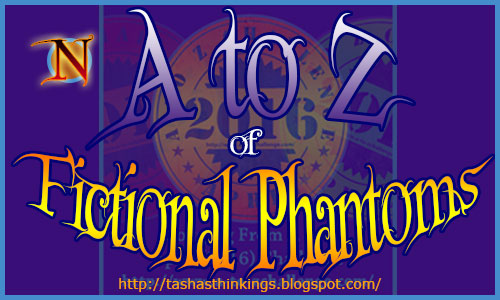 Welcome to the letter N today on my blog and I have two female fictional phantoms for you today, one from Thailand and one from South Korea. One is scary, the other is a bit of a dork :). I hope everyone is having a great AtoZChallenge so far. 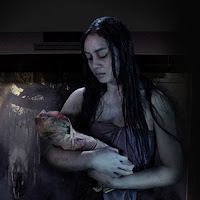 Mae Nak is a Thai legend about a young woman's eternal love which lives beyond death and she has been the subject of many films. The version below is from The Ghost of Mae Nak.

Mae Nak married a man called Mak and they were deeply in love, were married and had a child together. However, Mak was called to war, where he was gravely injured, while Mae Nak remained at home and went into labour.

Mak was nursed back to health by monks and returned home to find his wife and child living comfortably in their small house. 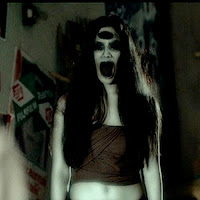 However, after some time Mak realised that something was wrong. No one would come to their house and their neighbours no longer spoke to them.

When he went to the village they told him his wife died in child birth and so did the baby and he was living with ghosts.

Mae Nak then took revenge on those who tried to take Mak away from her by telling him the truth, killing those who had spoken. At which point the villagers demanded an exorcism, trapping her spirit in a piece of her skull, so she could no longer seek revenge.

However, in the film, pure love awakens her spirit. 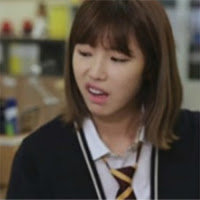 One thing I love about Korean television shows is that they can look almost like a normal police procedural, but have a twist. Cheo Yong is one of my favourites and the twist is that Yoon Cheo-yong (Oh Ji-ho) sees ghosts.

One of these ghosts, who manages to get him into as much trouble as she manages to drag him out of is Han Na Young (Jun Hyoseong). She is a teenage ghost who is confined to the police station where Cheo-yong ends up working and only he can see and talk to her, unless she possess a human being. 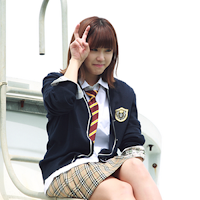 In the first season we don't know her name until towards the end and she is stuck in the police station unless she possesses Ha Sun-Woo (Oh Ji-eun), Cheo-yong's police partner.

She talks all the time, says the most outrageous things sometimes and can be very annoying, but she is also earnest, helpful and would do anything to help those she cares about.

In season 2 she has much more freedom and starts to find out she also has supernatural powers in the form of being able to interact with the real world. When she possesses people the thing she likes to do most is eat.

Do you think being able to see ghosts would be useful in your every day life?