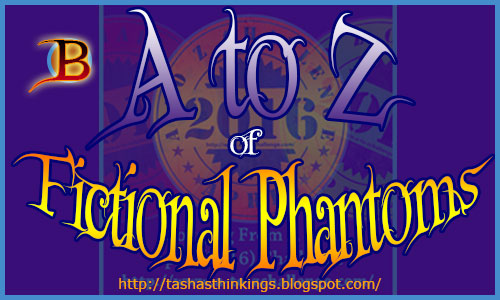 Welcome to the second day of Fictional Phantoms in the 2016 AtoZChallenge, I very much hope you enjoyed yesterday's post. Today I have two much less bloody phantoms for you. These ghosts are out to get the baddies, not the innocent. 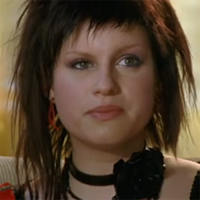 Thelma is a kick-arse lesbian ghost who is in love with the main protagonist Cassie. She gives her life to save Cassie, but unfortunately is the catalyst which allows Azazeal (Michael Fassbender) to regain full power.

She then helps Cassie find out about her heritage, being descended from witches, and tries to keep her out of the clutches of Azazeal.

Then she comes to the aid of Ella Dee, a 500 year old witch, who is forever battling against the Nephilim, fallen angels, of which Azazeal is the leader.

Thelma might be dead, but that doesn't stop her fighting. 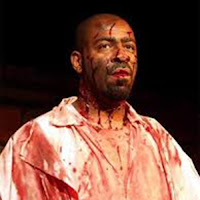 I could not leave out the bloody phantom from my favourite Shakespeare play.

Banquo, Thane of Lochaber and ally to Macbeth; a brave man cruelly murdered.

Banquo is there when Macbeth meets the three witches who prophesize Macbeth's kingship, however they also tell Banquo that his descendants will be kings.

This, unfortunately, seals his fate.

Macbeth comes to see Banquo as a threat to his kingship and so has him murdered, but Banquo keeps the assailants at bay long enough for his son to escape.

Banquo then returns as a terrible spectre at Macbeth's feast, driving the terrified Macbeth further into madness. His silent judgement helps seal the fate of the murderous Thane of Cawdor.

Do you  have any favourite ghosts or ghoulies that begin with B? Are you a Hex fan, or a Shakespeare junkie?