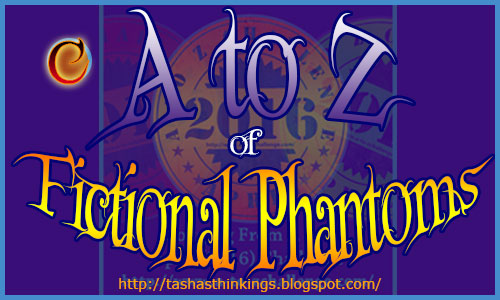 Greetings AtoZers, regular readers and anyone who happens to surf by and welcome to day 3 of the AtoZChallenge. We have made it to the lovely letter C and today I have two gentleman ghosts for you. Both are of ageing years and a bit grumpy, but only one of them is homicidal. 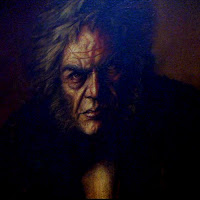 In case you are wondering, this is the homicidal one.

Hugh Crain, master of Hill House and all round nasty fellow.

In the film Dr Marrow has organised what he has told the participants is a sleep study, however, it is actually a psychological study into shared fear. What Marrow doesn't know is he has just brought the granddaughter of Hugh Crain, Eleanor, into an actually haunted house.

As Eleanor finds out her grandfather killed children from his mills, forcing them to remain with him as ghosts in an eternal family, Crain starts to terrorise the members of the study. He wants to kill them and claim Eleanor for his own, his acts of violence starting with a simple cut, right up the a terrible beheading.

Self-centred and insane, Crain is a dangerous ghost. 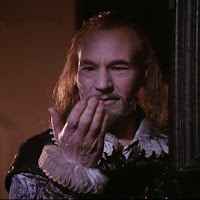 Sir Simon is a tragic figure from a short story by Oscar Wilde, but the version I am going to focus on is that played by Sir Patrick Stewart in the 1996 film of the same name.

Sir Simon is cursed to remain in his cell behind the secret door in the library by day and walk abroad in Canterville Hall at night. Never to rest or sleep. His only companion is Gabriel, his raven.

Given the circumstances he can be forgiven for being a bit crochety.

He tries to drive out the new American family, staying in the hall. Only, Ginny, the daughter actually tries to come to know him.

Cursed by the family of his wife, whom he hounded to death in his jealousy, Sir Simon's only hope is for Ginny to plead for his soul before the Angel of Death, so he may finally sleep next to his beloved in the dark earth.

Would you be brave enough to help the children's' ghosts imprisoned by Hugh Crain or to help end Sir Simon's curse?