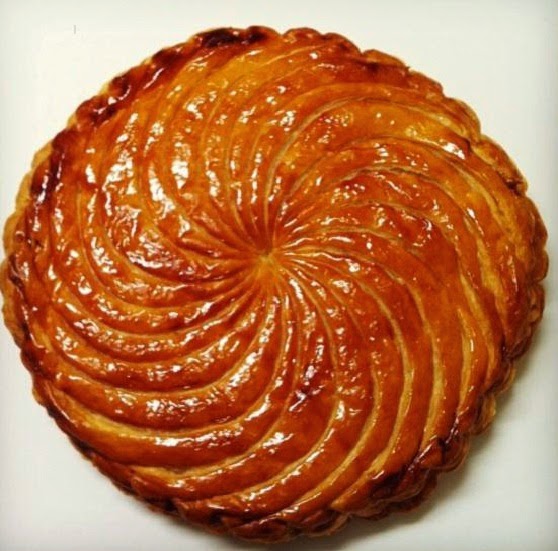 Now I wish mine had turned out quite as nicely as the image above, but I will admit it didn't look quite so polished :). However, this is an incredibly easy recipe and is so, so tasty. It is basically a French almond tart.

It is a Mary Berry recipe and if you want to see the orginal it is over here. I'm typing my own version because I wanted to put in US measurements as well as the UK ones and add some pointers of my own.

This is really good with pears in some form of alcohol. Now if you want to you can poach your own pears, but this is a really easy cheat:
I like the galette hot (30s in a microwave is good), but you can serve it hot or cold with a slice of pear on the side. It's good with cream too.
Posted by Tasha Duncan-Drake at 12:12