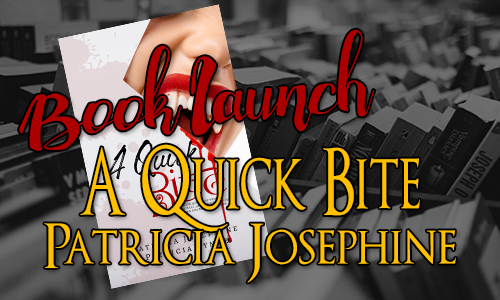 It gives me great pleasure to welcome the lovely Patricia Josephine to my blog today, to talk about her new book, A Quick Bite, launched this week. If you, like me, love vampires and all things paranormal, this is a book for you.

However, before we get to that, I'll let Patricia introduce you to some real life vampires.


Three Real Life Vampires (or so they say.)

Tales of vampires have fascinated humanity for centuries. Sometimes they are monsters, and other times, they are sexy, sparkling heroes. While most stories are complete fiction, here are three cases of so-called real vampires.

Mercy Brown was a young woman who lived in New England around the 1900s. Disease spread to her family and the locals got the idea that that meant she was a vampire. After she died, her body was dug up to make sure she wasn’t a vampire. Her body hadn’t decomposed and they found fresh blood in her system, leading them to the conclusion that she was a vampire. They cut out her heart and burned, putting the ashes in a drink which was fed to her brother. They believed it would save him since he was sick. Sadly, it didn’t work.

Fritz Haarmann, The Vampire of Hanover

Fritz Haarmann was a German serial killer in the early 1900s. His method of killing was to bite the neck of his victims so they bled to death. That led to rumors of a real vampire prowling for victims. Of course, alleged cases of real vampires weren’t uncommon then, but they were usually baselss. Fritz Haarmann was eventually captures and executed.

Arnold Paole was a Serbian man who feel to his death in the early 18th century. A sad tragedy, but the story became remarkable because afterwards, local villagers stated he had become a vampire. Their proof: 16 villagers had died recently. His body was due up to be examined. They found no decomposition and claimed to have seen fresh blood on his lips. So they staked the body.
(Sources: http://eskify.com/10-alleged-cases-of-real-vampires/) 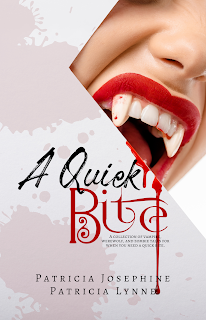 These monsters tickle our imagination.

Sink your teeth into a collection of tales about paranormal creatures that go bump in the night. Each story is told in exactly 200 words and designed to give you a quick bite no matter how busy your day is. 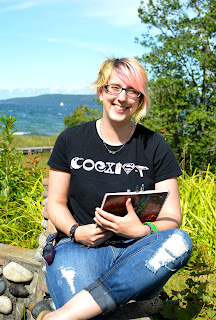 Patricia Josephine is a writer of Urban Fantasy and Sci-Fi Romance books. She actually never set out to become a writer, and in fact, she was more interested in art and band in high school and college. Her dreams were of becoming an artist like Picasso. On a whim, she wrote down a story bouncing in her head for fun. That was the start of her writing journey, and she hasn't regretted a moment. When she's not writing, she's watching Doctor Who or reading about serial killers. She's an avid knitter. One can never have too much yarn. She writes Young Adult Paranormal, Science Fiction, and Fantasy under the name Patricia Lynne.

Patricia lives with her husband in Michigan, hopes one day to have what will resemble a small petting zoo, and has a fondness for dying her hair the colors of the rainbow.