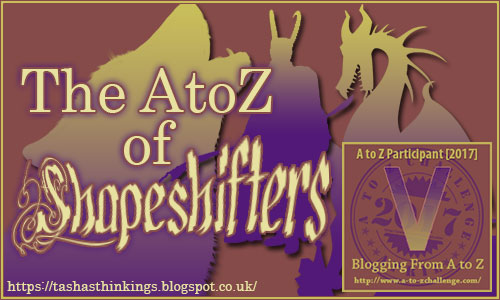 Welcome to Day 22 of the AtoZChallenge and the letter V. Every day in April (except Sundays) I will be making a post about shapeshifters of all kinds. Check back to see my choices and, from time to time some flash fiction too. 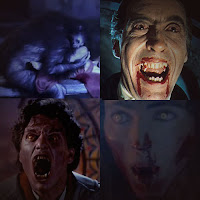 Vampires are often shapeshifters and I love vampires, so of course V is for vampire. I couldn't pick just one and so V gives me an excuse to tell you about a few of my favourites.

In the Hammer series of Dracula films he often summons bats rather than becoming one, but in Legend of the Seven Golden Vampires, he shapeshifts into  Kah and takes his place as the high priest of the vampires.

In Bram Stoker's Dracula, directed by Francis Ford Coppola we see Dracula's true shape shifting abilities. No only can he turn into a multitude of rats, but also a wolf and he had demonic half human shapes as well. He also changes from an old man to a young man on his journey to England.

Jer as Billy, his minion calls him, played by Chris Sarandon, is sexy, incredibly powerful and a skillful shapeshifter. Moving in next door to Charley Brewster he probably never imagined he would have trouble with a bunch of teenagers. When Charley see's Jerry kill one of his victims he calls in the cavalry, including Peter Vincent Vampire Killer, or rather TV host.

Jerry can shift parts of his body at will, just extending his fingers or growing fangs or turning into everything from a demoic creature to a monstrous bat.

Three years after his encounter with Jerry Dandrige, Charley has convinced himself it was all in his head and none of it happened. Unfortunately for him, Regine, sister to Jerry wants revenge. She starts to seduce and turn Charley so that so she can torture him forever.

One ability we see in her that we do not see in Jerry is the ability to become smoke, which she uses to enter Charley's dorm room after she has been invited in the first time. Regine also shows the ability to distort her face and other parts of her body at will as she prentends to be simply a performance artist. In the end we also see her true monstrous form, part woman, part bat. 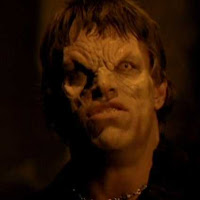 There are probably very few who have not seen a vampire from Buffy the Vampire Slayer. Mascaradings as humans they appear perfectly normal, but when they are hunting or hungry the demon inside rises to the surface twisting their hands and faces into more monstrous forms. 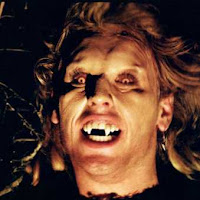 As with Buffy vamps, the Lost Boys spent most of their nights looking like perfectly ordinary human beings. However, when hunting their montrous sides are revealed, with more prominant brows, fangs, extended cheekbones and glowing eyes. 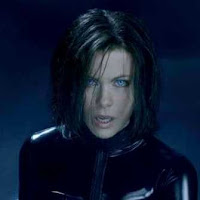 Most vampires can also grow fangs and cause their eyes to change colour at will. In some this is shown to be a physical thing, in others it is definitely a metaphysical shapeshifting ability.

I could rave about vamppires all day, but I will stop there :).

Arthur & Samson Vines (The Blood Maker and the Witch's Curse)

I have to admit that these two werewolves came from a quick search on the internet because I couldn't think of any beginning with V, but they sounded so interesting I had to put them in.

They are from the book The Blood Maker and the Witch's Curse by Jaromy Henry and they're not mentioned at all in the blurb on the book at Goodreads, but the description of them on Wikipedia makes me want to check them out.

Arthur is a descendent of the first werewolf, who became such by being cursed by the witch Griselda. He carried the Werewolf Crux, a powerful talisman that allows him to changed between human and wolf forms at will,

Samson is Arthur's son, born with the ability to change form at will. An ancient prophecy talks of someone called the Moon Taker and most think he is him. He dethroned his father as king of the tribe of werewolves and is seeing the cruxes, including the one his father has, for their power.

Unfortunately I don't seem to be able to find the book anywhere at the moment.


Thank you for letting me rave about one of my favourite subjects :)