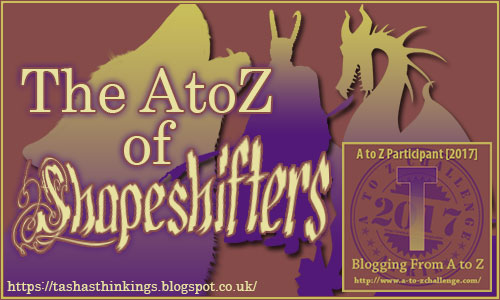 Welcome to Day 20 of the AtoZChallenge and the letter T. Every day in April (except Sundays) I will be making a post about shapeshifters of all kinds. Check back to see my choices and, from time to time some flash fiction too. 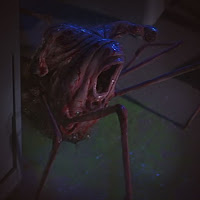 My shapeshifter today gave me the heebeejeebees for years. For T I have chosen The Thing. It is an alien which has been frozen in the permafrost of Antartica for an age, but which was discovered and dug up by a Norwegian research team.

It is a parasitic lifeform, absorbing other lifeforms and then using their characteristics to continue the hunt. It retains all their memories and abilites and if able to perfectly reproduce anyone or any lifeform it desires. All parts of it are as alive as the rest, just in a different form. The only thing is seems to fear is fire.

When we first meet it, it is in the form of a dog, which the Norwegians are trying to destroy. However, it then proves it is quite capable of becoming any human it chooses as well.

The part that really freaked me out was when it is discovered in the body of one man, so divides. His  head drops off, sprouts legs and runs away. 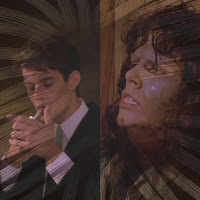 My werewolf today is from one of my favourite 80s horror films, Waxwork. Played by Dana Ashbrook. Tony, is a smart mouthed, cigaret smoking player, who goes to school with the hero of the piece, Mark Loftmore.

China and Sarah meet a strange man when walking to school, who invited them to a private showing at his Waxworks. When their group have nothing to do that evening, they decide to attend the event.

The 18 waxworks are incredibly detailed and all horror based, and, unbeknowst to the group, they also eat people.

The creator of the waxworks is David Lincoln, a madman who has used items belonging to the 18 most evil beings to have ever existed to create them in wax, and parts of their environments to create the scenes around them. This makes each display a trap for the unwary who step into it. Once each trap has a victim all the waxworks will live again, along with their possessed victims, contaminating the world with evil.

Tony has the unfortunate luck to step into the werewolf display. He thinks he's tripping, so goes with the story, which is his mistake. He meets a man, just as the man begins to transform into the werewolf as the full moon rises. He is attacked and begins to turn himself, only to be shot by a werewolf hunter, thus killing him and completing the display.


No one has much luck in my choices today, do they? :)