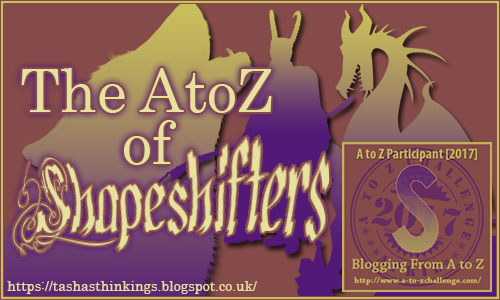 Welcome to Day 18 of the AtoZChallenge and the letter S. Every day in April (except Sundays) I will be making a post about shapeshifters of all kinds. Check back to see my choices and, from time to time some flash fiction too. 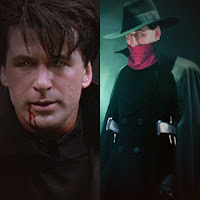 The Shadow is the alter ego of Lamont Cranston (Alec Baldwin), a playboy from New York. He doesn't shapeshift much, but when he is the Shadow his face changes to a much more sinister form. His eyes have also been know to change.

After the first world war Cranston reinvented himself as Yin-Ko, a warlord and opium dealer in the far east. However, he was kidnapped and then trained by the Tulku, a holy man with extraordinary powers, to harness his inner darkness and use it for good.

Back in New York he run a network of informants, people he has saved, as he takes on crime and the underworld. These criminals he defeats easily, but his true test comes when Shiwan Khan comes to New York, intent on taking over the world where his anscestor Genghis Khan failed. Khan was also a student of the Talku, but rejected the teachings and killed his master. 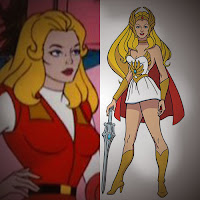 She-Ra, the Princess of Power is from the Masters of the Universe franchise. Adora, her alter ego, is the twin sister of Adam and she was kidnapped as a baby by Hordak.

She was brought up to become a force captain in the Horde on the world of Etheria, however, when her true origins are revealed and the spell on her is broken, she joins the Great Rebellion instead.

Given a sword of power by Prince Adam and told how to use it by the Sorceress, Adora becomes She-Ra and like her brother uses her powers to fight the forces of evil.

Of course She-Ra is an obvious attempt to sell toys to girls as well as boys, but I always liked her. She was as powerful and clever as He-Man and it was good to see a girl in charge. 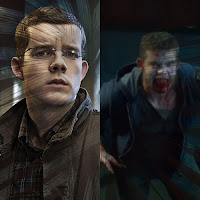 George (Russell Tovey) is a werewolf from the Being Human tv show. He's highly intelligent, but not as socially adept as some and is best friends with Mitchell, who happens to be a vampire.

He became a werewolf while on holiday in Scotland with his fiancee. He went for a walk with a tag along American tourist and they were attacked by a werewolf. The American was killed, but George was only injured, thus infecting him. When he realised what he was he left everything behind.

He works as a porter in St Jude's hospital, the only job he can hold down due to his monthly condition. He is in denial about his condition for a long time only eventually trying to take control of it after events get out of hand.

And there we have S, I hope you enjoyed my choices today.