AtoZ2017 - A is for toth-Amon & Andy McDermott #AtoZChallenge 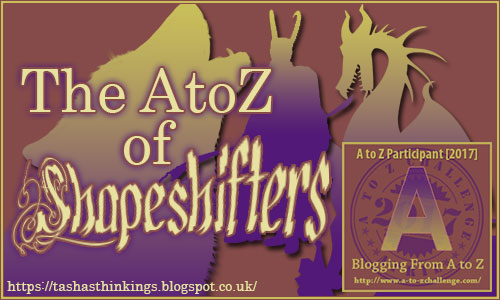 Welcome to Day 1 of the AtoZChallenge and the letter A. Every day in April (except Sundays) I will be making a post about shapeshifters of all kinds as well as werewolf of the day. Check back to see my choices and, from time to time some flash fiction too. 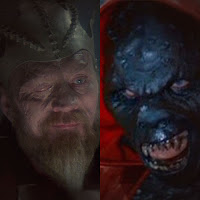 Toth-Amon is a powerful socererer from the high fantasy world of Conan the Barbarian. He is character well known to those who read about Conan, but the incarnation I have chosen is from the film Conan the Destroyer. He lives in a castle in the middle of a lake, which guards a gem that is the key to the resurrection of Dagoth, the Dreaming god.

Played by Pat Roach, a staple of many a British production as well as a good few movies, Toth-Amon silenty steals the Princess Jehnna, the only person able to touch the jewel, from under Conan's nose in the dark of the night. He then proceeds to change shape into a hideous, virtually invulnerable monster to beat the stuffing out of Conan as well.

Of course he has a weakness, which Conan finds ( I shalln't say what so there is still a little mystery).

We don't get any back story for him in the movie, so I'm afraid I have no idea why he only has one eye. 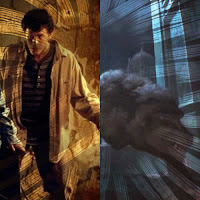 Andy McDermott (Tom Everett Scott) is in Paris doing the tourist thing with his two friends Brad and Chris. They are also adrenaline junkies and intend to bungeee jump off the Eiffel Tower. Andy rescues Serafine Pigot by jumping after her as she flings herself from the tower in a suicide bid, but she vanishes on him.

The boys then pick the wrong club to visit: "Club de la Lune". (No, nothing about this film is subtle). The owner, Claude, is the head of the local werewolves, who use the club to lure victims for the slaughter. Serafine warns Andy to leave, but is too late. Chris escapes, Brad is killed and Andy is bitten.

This film is cheesy, but it has a coherent plot and some fun characters. It's much lighter than the original movie and, I know this is sacrilidge, but I actually enjoy it more because of that.

Thank you for visiting!
I do my very best to return all comments and visits.  I very much hope you enjoyed my first post for this April. Happy AtoZ!

P.S. I have a family gathering today so I may not have an opportunity to visit many other participants, but I will catch up tomorrow. It's so much easier when we don't start on a Saturday :).
Posted by Tasha Duncan-Drake at 00:00