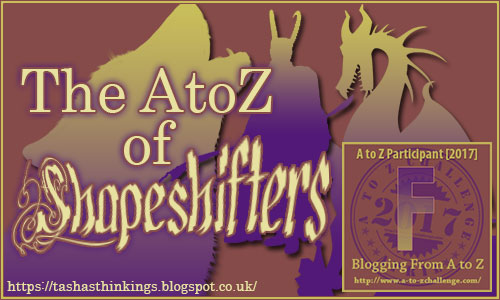 Welcome to Day 6 of the AtoZChallenge and the letter F. Every day in April (except Sundays) I will be making a post about shapeshifters of all kinds. Check back to see my choices and, from time to time some flash fiction too. 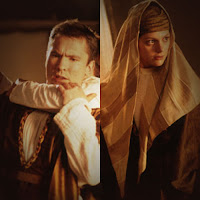 Today we go scifi with a serious dose of fantasy in Frank Herbert's Dune Messiah, or as it was made by SciFi Channel, Children of Dune, since they put both books together.

A Face-Dancer is a Tleilaxian who has the ability to mimic any human they chose. In Dune Messiah (or the first episode of the SciFi production) Scytale (Martin McDougall) uses his abilities to become the daughter of one of Paul Atreides' old friends. Paul is the Emperor of the known universe and Scytale is one of the plots against him by Wensicia, daughter of the previous Emperor.

Paul knows Scytale is a spy, but also knows he must allow certain events to play out. In the end Scytale offers Paul something that is almost possible to refuse, in a twist even Paul has not seen.

Children of Dune is a 3 part mini-series and is well worth a watch. It is beautifully made and well adapted from the books. The original mini-series of Dune is also very well done. 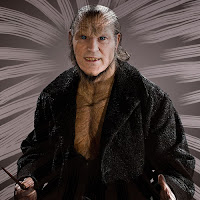 Fenrir Greyback is a nasty piece of work and a werewolf. Not that he doesn't have a point abou the way the Wizarding world treats werewolves. However, his mission in life is to infect as many people with lycanthropy as possible to build his own personal army.

He is the reason Remus is a werewolf.

He fights with Voldemort and during the Battle of the Astronomy Tower left Bill Weasley with bad scars, although he did not bite him. He also wanted to bite as many children at Hogwarts as possible, which, thankfully he was unable to do.

It is assumed he was captured with the other allies of Voldemort after the Battle of Hogwarts.

Some werewolves are sympathetic character, Greyback is definitely not one of them. His life experiences have made him bad to the bone.


Thank you for joining me today, I hoped you enjoyed my shapeshifting choices.
Happy AtoZing!