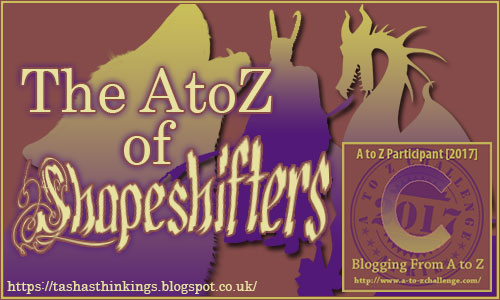 Welcome to Day 3 of the AtoZChallenge and the letter C. Every day in April (except Sundays) I will be making a post about shapeshifters of all kinds. Check back to see my choices and, from time to time some flash fiction too. 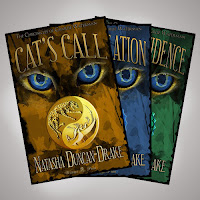 So this is where I get in a little self promotion :). My shapeshifter of the day is Charlie Waterman, the main protagonist of my series The Chronicles of Charlie Waterman.

Charlie is pretty much your ordinary eighteen year old, just getting ready to go off to university, until he decides to visit the old Magic Shop where he almost worked when he was sixteen. It's not what he was expecting. Rather than tricks and costumes he finds crystals and incense and things other people might thing were actually magical.

When he is attacked by a cat figurine, he thinks he's hallucinating. Unfortunately for him, the next day he wakes up with a tail. Thus start Charlie's adventures as a shapeshifter.

The figurine was the embodiment of the Cat Spirit, one of the seven great spirits that help maintain the balance of existence. It chose Charlie to be its Questor, landing him with magic and the ability to turn into any kind of cat he wants to. Of course he needs to learn to control his new powers, which is easier said than done, example one, the tail, He doesn't really have any other choice than to travel to the magical dimension of Between, where all Questors are trained, and accept the help of his new mentor, Akari.

Along with the other six Questors it is Charlie destiny to travel between worlds, times and universes, in a bid to prevent the forces of Chaos from destroying the Balance.

So far there are three books in the series, all available in eBook form and coming soon in paperback: 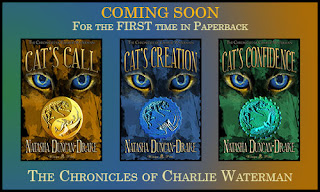 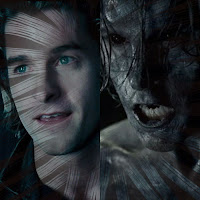 My werewolf today is from the Underworld series of films. I love this series because it has not only werewolves, but vampires as well.

Michael Corvin (Scott Speedman) is a doctor in Budapest when the supernatural barges into his life. He is pursued by Lycans (werewolves) because they want to experimant on him, and is rescued by Selene, a vampire and Death Dealer (werewolf hunter). The Lycans and vampires have been at war for centuries.

Selene is more interested in keeping him away from the Lycans than in him to begin with, but begins to have feelings for him as the first film goes on.

Michael is a descendent of Alexander Corvinus, the ancestor of both the vampire and Lycan races. The Lycans want him for a rare genetic trait that may allow them to create a hybrid to give then an advantage in their war against the vampires. Vampires and werewolves are usually fundamentally incompatible and a human infected with by both just dies.

Lucian, the leader of the Lycans bites Michael, thus making him a werewolf, however, he is then infected with enough silver nitrate to kill him in a Death Dealer raid. To save him, Selene bits him, this making him the promised hybrid.

The first and second Underworld films press every button I have as far as werewolf/vampire interactions go, and Selene is definitely the kick ass character, no Michael, which I love. The rest of the franchise is entertaining, but the first two movies are definitely my favourite.

Many thanks for reading.
Happy AtoZing - see you tomorrow :)

Click here and here to find other AtoZ posts.
Posted by Tasha Duncan-Drake at 00:00