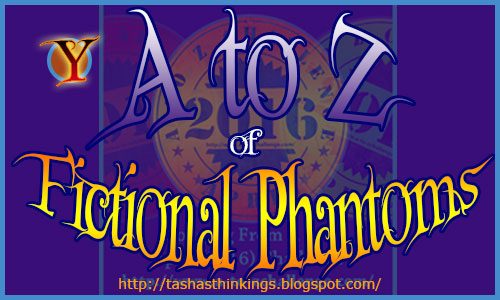 The second to last day of the AtoZChallenge, I hope everyone has been enjoying this years fun. Today, for the letter Y I have two female Japanese fictional phantoms for you. Both have a penchant for killing people, but for differing reasons. 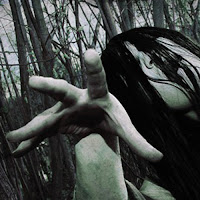 Sadako Yamamura is the ghostly character at the centre of the Ring novels and films.

At one time she was simply a human being who had certain supernatural powers, but in all versions of the story, these powers cause events that least to her being thrown into a well and imprisoned.

In the film Ring she is killed by her own father and thrown into the well. From when she enacts her revenge.

She uses her power of nensha, which allows her to create images on film from her mind, to make a video tape. When viewed the tape will kill the viewer in seven days. 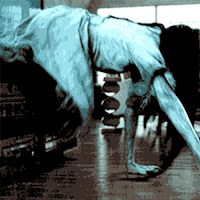 In the films this means her crawling out of the television in all her undead glory to kill those who have viewed her tape. She is a traditional vengeful ghost with dark eyes, long dark hair and white clothing.

The only way to escape death is to copy the tape and show it to another person, thus passing on the curse to them and perpetuating Sadako's revenge. 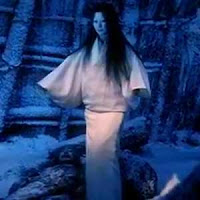 A yuki-onna is a woman of the snow - she is a yokai spirit and appears on snowy nights. She wears white (when she wears anything at all), has white, almost translucent skin, long black hair and blue lips. Her eyes are said to strike terror into the hearts of any humans that see her.

The fictional phantom I have chosen today is from the Japanese anthology horror film Kwaidan (ghost stories).

In the story The Woman of the Snow the yuki-onna finds two farmers in a fisherman's hut. She kills one immediately by freezing him to death, but the other, Monokichi, she spares, because he is so young. She leaves him alive, with a warning never to speak of her to anyone or she will return and kill him, to which he agrees.

Minokichi keeps his word and later meets a young woman called Yuki, whom he falls in love with, marries and has children with. They live happily for ten years. Until he finally breaks down and tell her about the strange encounter he had.

Of course Yuki is the yuki-onna and reveals herself, but she refrains from carrying out her threat because of their children. However, she leaves the heartbroken Minokichi with another warning; he must look after them well or she will be back.

So a vengeful ghost climbing out of the TV or a spirit that can freeze the blood in your veins - which would you rather go up against?