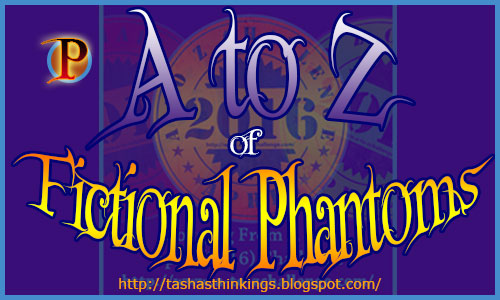 Welcome to my blog today for the letter P in the AtoZChallenge and my theme of Fictional Phantoms. I have two dangerous ghosts for you today, one from Western tv and one from the Asian film industry. I hope you enjoy their creepiness. 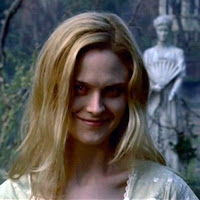 Now Pam (Emily Deschanel) does not start off as a ghost. She is a touch-know, a psychic who can read things about an object or person just by touching them.

She is part of a group put together by Joyce Reardon (Nancy Travis) to investigate the house, Rose Red, in the excellent TV mini-series of the same name, written by Stephen King. The house is not only haunted, but inside it people disappear. Unfortunately for Pam, Rose Red like to eat it's guests and it is not long before she ends up one of the permanent residents.

Once taken by the house she is used by it to lure other members of the party to their doom. Quite timid and a little uptight when alive, dead she is happy to play the tempter and the bait.

Come back for R to meet another resident of Rose Red. 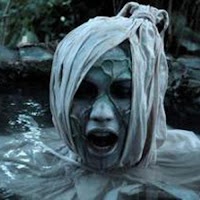 Now I have to admit I have not seen any of the films that contain a Pocong, but they are too interesting to pass up. If you would like to know more about a particular film, The Real Pocong is one and I have linked to a full explanation of the film.

A Pocong is an Indonesian/Malaysian ghost which is caused by not properly dealing with the dead. This ghost is the soul of the dead person which has become trapped in their shroud.

A traditional shroud (kain kafan) is used to wrap the deceased and tied over the head, under the feet and on the neck. If the ties are not correctly released after 40 days the soul is trapped and will reanimate the body to come after those who have not looked after it correctly. Because the shroud is knotted under the feet, the ghost cannot walk correctly and therefore hops.

The Pocong seems to be especially popular in the Indonesian horror industry.

Would you come back to haunt people if your body was not treated correctly after death, or does that seem like too much hard work? Would you visit a haunted house with a reputation for disappearing people?