NaNo Win! and the study is almost complete :)

So first we have this *points up*. There were times this month when I really didn't think I was going to finish. It was right down to the wire.


Hence by Friday evening I was pretty sure I wasn't going to reach 50K and I almost gave up, but then I decided to give it one last go. It's funny, my stats on the site make it look as if I wrote almost 20K yesterday, but it was actually just that I was so disappointed that I might not finish I stopped filling it in until I was almost there :).

I'm pretty sure half the stuff I wrote yesterday is crap and is coming straight back out again or being heavily reworked, but at least it's in the machine :).

Well done to everyone else who finished too.

The Study
Our study is very nearly finished. The only things left to do are the hearth in front of the fire, for which we have all the bits, Rob just needs to work his magic, and half the door frame which had to be filled so didn't get painted at the same time as the other half.

This is a panoramic view of the end wall and the right side. You can see how it lays out, but unfortunately Rob's phone couldn't get the whole walls in :). Click to see it bigger. 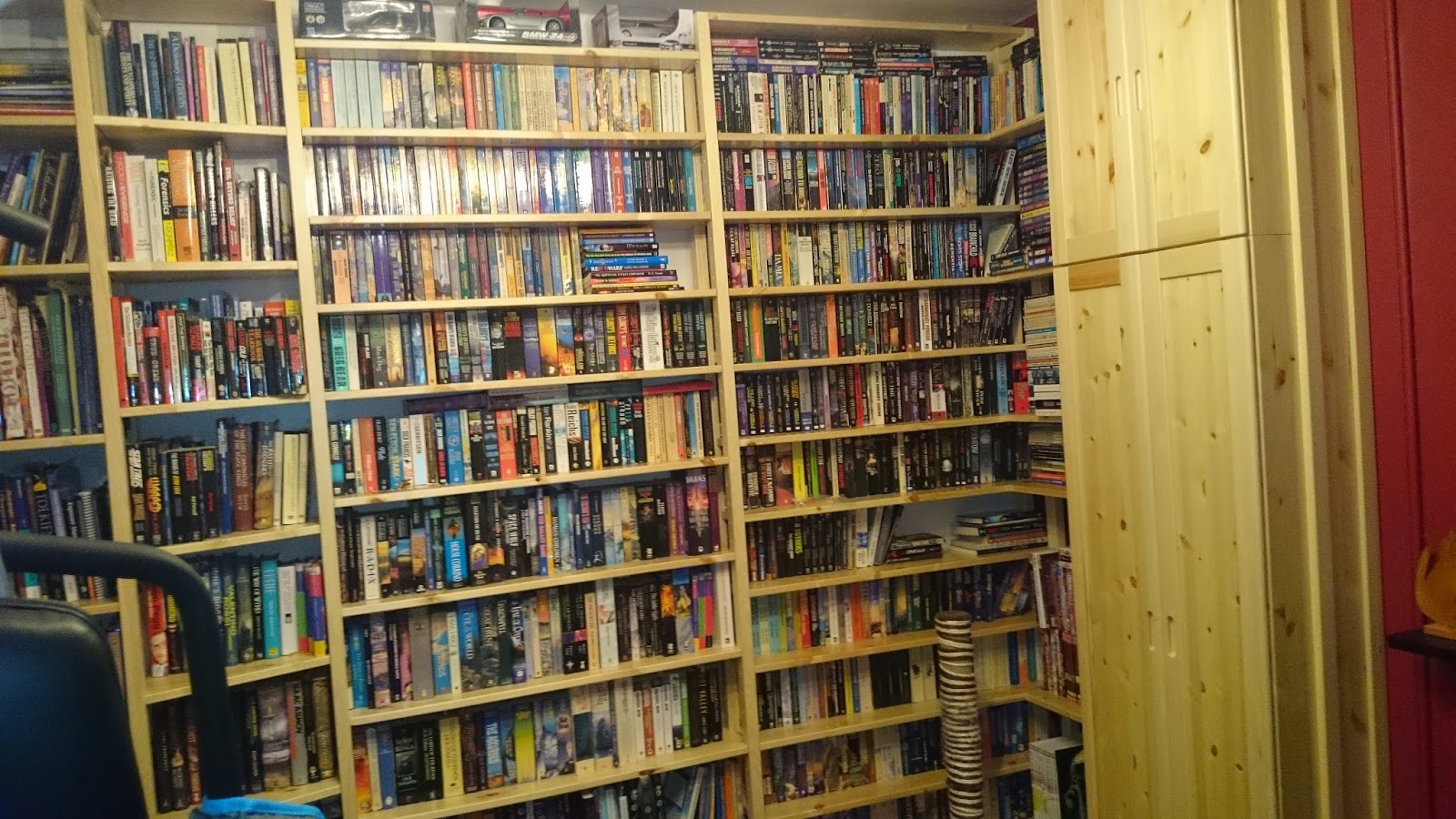 This is of the end wall so you can see the cupboard, which was the final part we put in. We have always had a cupboard on that wall, but it was old fashioned and too shallow to be of any use, so we have extended it outwards using the same system as the shelves (they have an amazing catalogue). 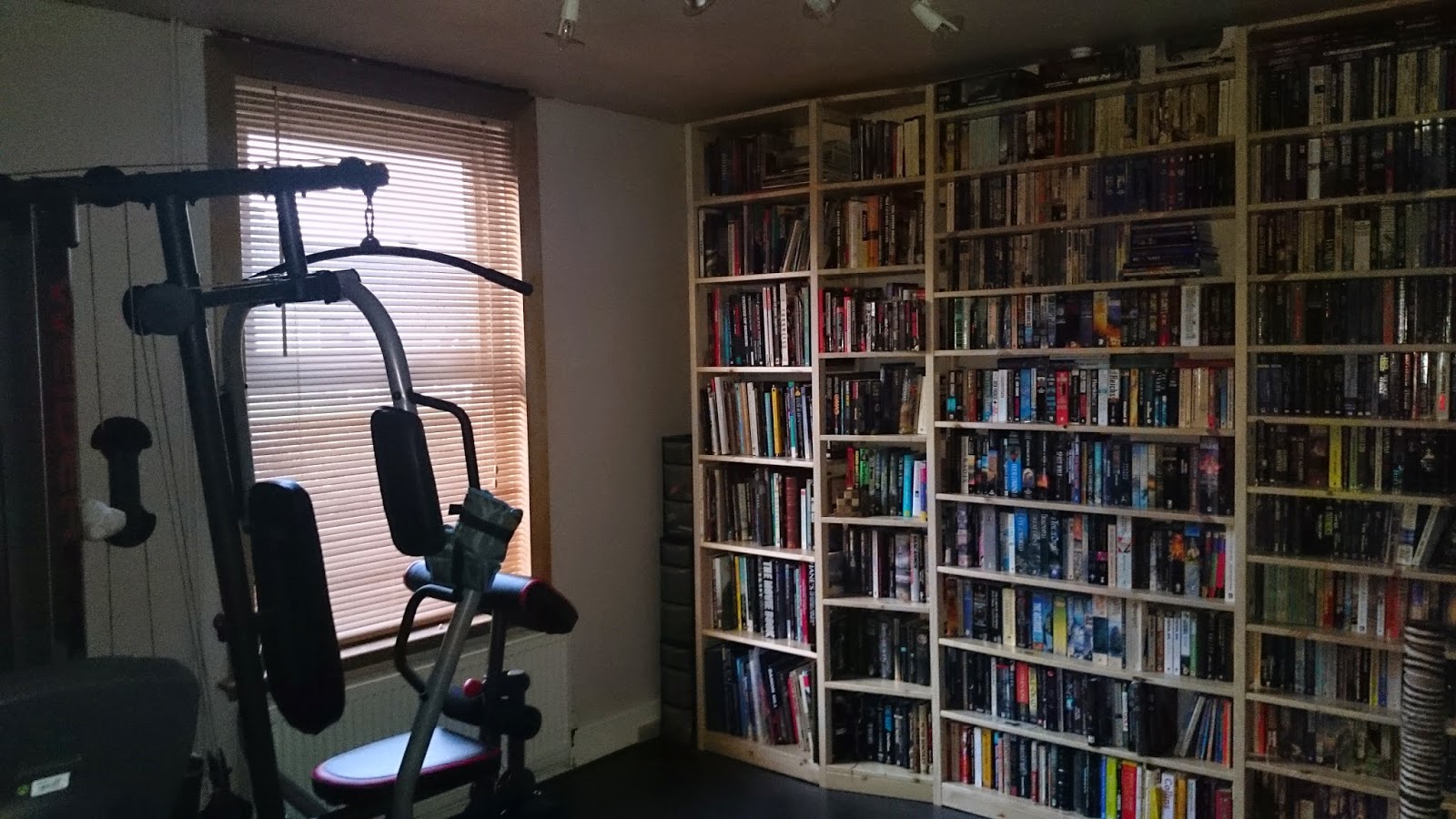 This is what it looks like in daylight and looking at the end and left wall. 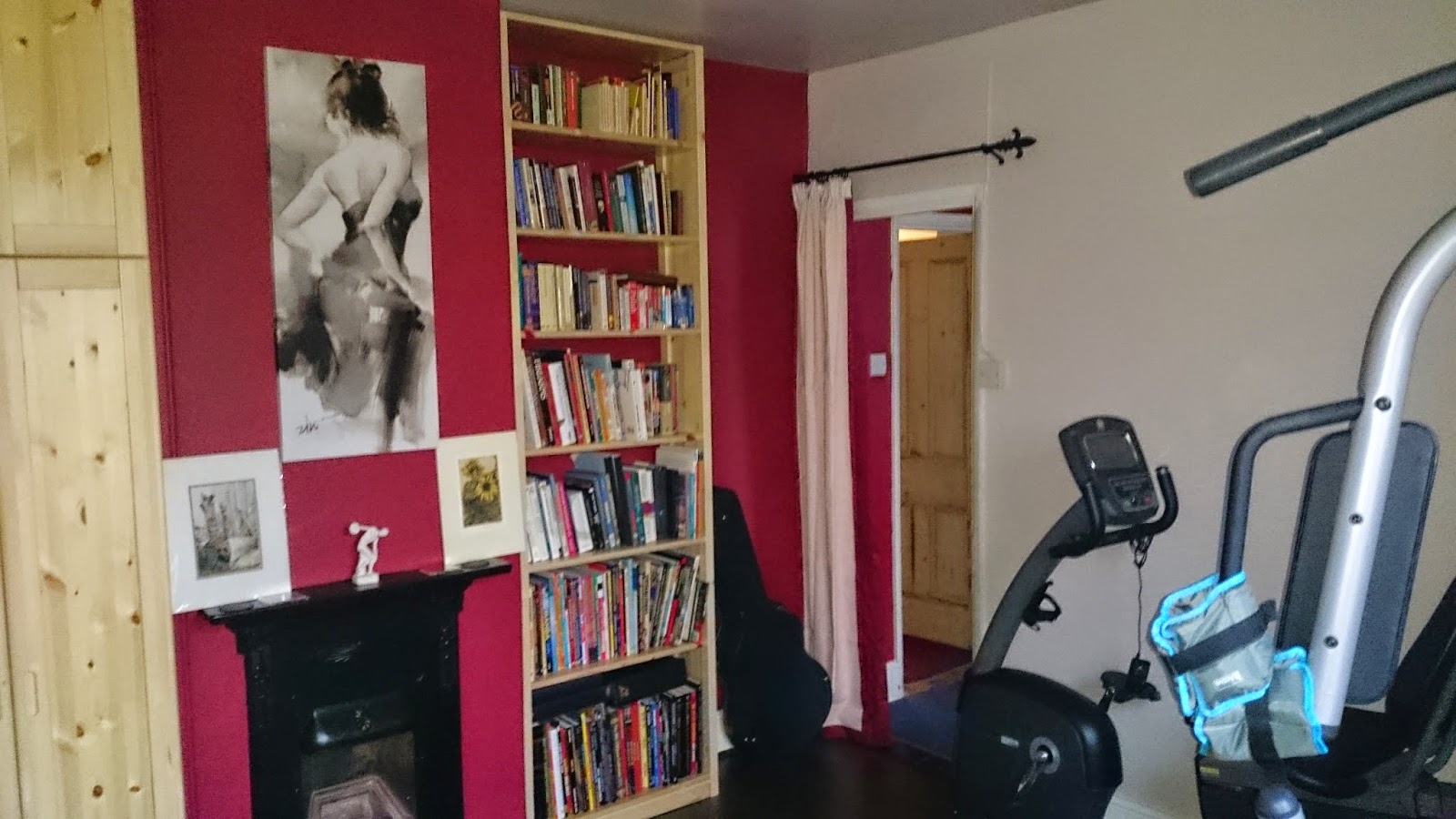 This is standing in front of the bookcase looking back at the doorway. That stylish picture on the wall came from Range - was £12.99 ;). 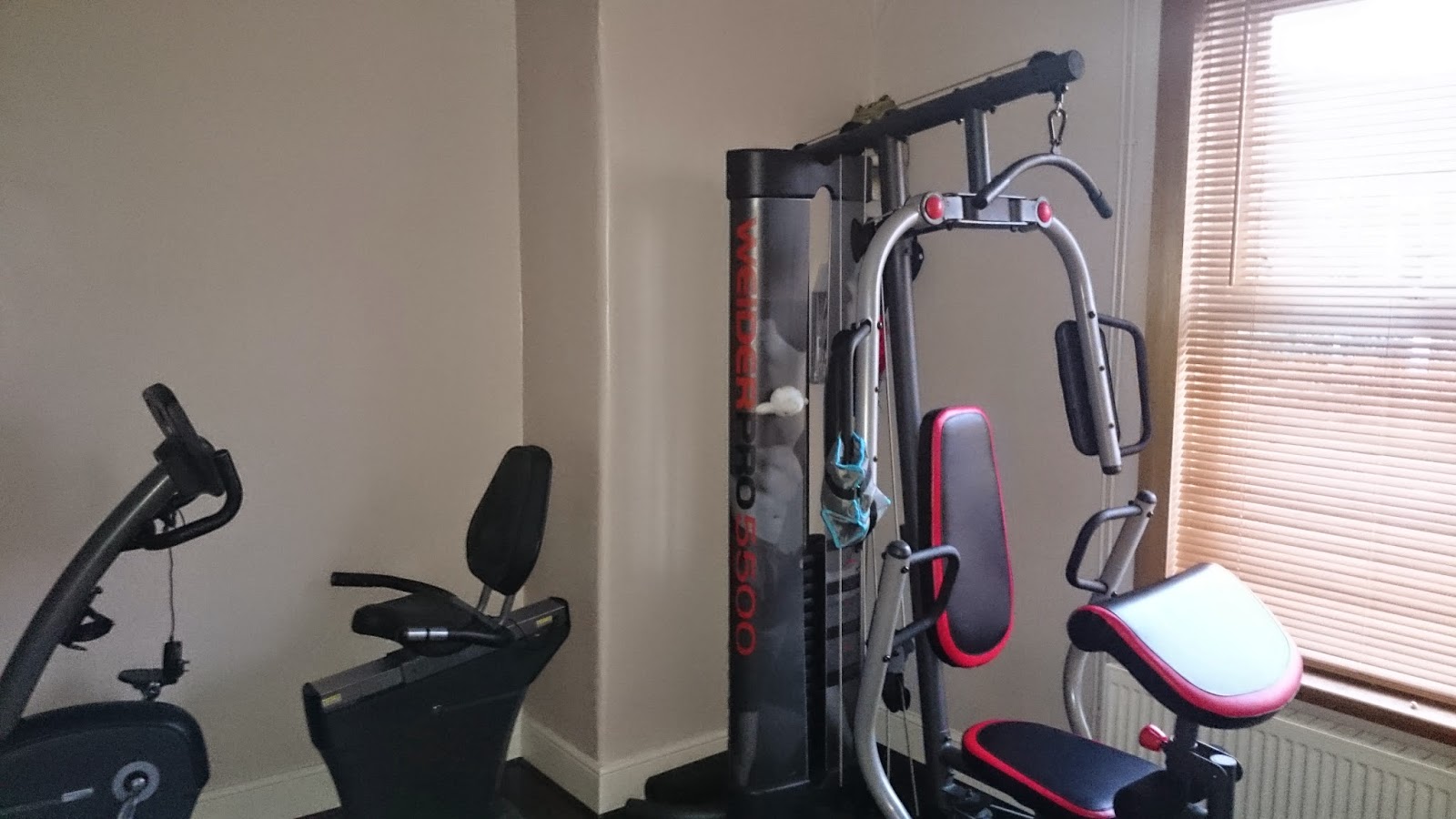 And finally for the room, this is the view of the corner along from the door. As you can see we need to put something on the walls :) It's the exercise corner.

Of course it wasn't quite complete so we also bought a rug and a bean bag chair (which is remarkably comfortable :)). We just need to get some anti-slip for the rug because it tends to move, although we could not have found a better size if we had custom ordered it. All that was left was something for me to be able to reach the top shelves and Rob found these on eBay :) The steps are made of yew and the frame is made of pine and they were hand made in the east end of London 40 years ago. They have been living in a dry cellar ever since. As you can see Rob has cleaned the top step just to see what colour it would come out, but the rest still need doing. I have tried them out and they are awesome - just high enough, but not too high so that unstable me can fall off and do some damage :).

This has now become my favourite room in the house. Book! :)

So who else has finished NaNo? How do you store you books these days?
Posted by Tasha Duncan-Drake at 07:56