Over the years I have been pretty good at sleeping (touch wood), especially since I had to give up caffeinated tea and coffee. However, just recently I was having some trouble - tossing and turning a lot, not being able to relax properly.

Now my husband has had the same problem every now and then and took herbal pills to help him through a bad patch. It worked really well for him. My problem - I can't swallow pills. I thought I was out of luck, but then I discovered Rescue Night. 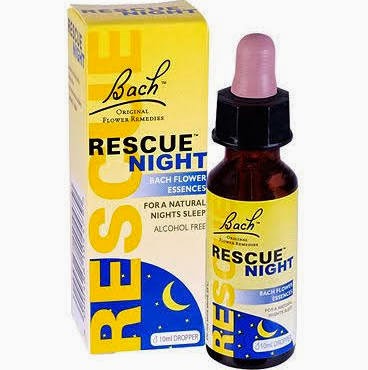 I was a bit sceptical to begin with - four drops on the tongue and it's made from flowers. However I willing to give it a go.

It's wonderful stuff. I can't honestly say how it does what it does, but it allows me to relax and drift off with far more success than lying there and hoping my brain will shut up.

I've been using it on and off for a about six weeks now and it's brilliant. If I can't sleep I put the drops on my tongue (it's just sugary to taste) and I drift right off. I know several of you out there suffer from sleeping issues, so I thought I would share how well this has helped me.

At first I used it every night, but now my sleep schedule had worked itself back into a normal routine I use it only if I can feel the tossing and turning coming on. Rob has tried it too and it works for him as well.
Posted by Tasha Duncan-Drake at 13:23