Today I'd like to welcome to my blog Lacey Dearie, a fellow author and creator of the Leger - Cat Sleuth Mysteries. You might not have heard of these books before today, but I am willing to bet you'll want to check them out very shortly. Details of the books are listed at the end of the interview.

Hello Lacey, thank you for stopping by, would you like to tell us a little bit about yourself to set the scene?

Hello, thanks so much for this interview!  I'm just your average thirty-something who recently gave up the day job to focus on writing full time.  I've been writing seriously for about twelve years with peaks and troughs of success - just like most writers!  I write mostly cozy mysteries but have dabbled in chick-lit in the past and sometimes wish I hadn't.  I love to write about things that nobody else would consider writing for adults, for example talking food.  I even once wrote a sex scene between a rasher of bacon and a slice of Lorne sausage (that's in my upcoming book Omelette On The Rampage).  My favourite reviews are the ones that call my work, "awkward and weird" or describe my stories as the weirdest thing they've ever downloaded.  I love to make an impression!

So cat sleuths, not a genre I've seen a huge amount of, sounds like a great read. How would you entice a new reader to this series?

Well firstly I'd say that anyone can read a cat sleuth book, regardless of whether they would describe themselves as a "cat person."  My stories are light and humorous, which I think most cat sleuth stories are and most importantly, because they are classified as cozy mysteries, they are relaxing reads that won't have you on the edge of your seat or give you nightmares.  They're just fun!  There's no graphic sex, bad language or violence so they're suitable for all ages but adults will appreciate the innuendos when Leger's friend Ginger is in season and the jokes about Leger's recreational catnip use.

Your main character is called Leger; if he had to team up with another fictional animal, who do you think would be a good fit and who would be in charge?

Oh, that's a great question.  I'd like to see him team up with Sid the Sloth from the Ice Age movies.  I think despite the fact that Sid isn't as intelligent as Leger, the two of them would make a good team.  He would remind Leger to have fun rather than just solve crimes and Leger would be able to teach Sid a thing or two about sleuthing.  Obviously Leger would be in charge!  I think the one thing they have in common (other than both having a tendency towards laziness) is that they both have hearts of gold and for that reason they would always want to do the right thing and make an excellent team.

Who is your favourite fictional detective of any media and why?

Salvo Montalbano!  I absolutely adore Inspector Montalbano, even though he falls into the hardboiled category and I write cozies.  I love that he's smart, funny and especially that he has a few flaws because that just makes him all the more endearing.  Like many Brits, I first came across him on BBC4 but the books are at the top of my to-read list.

What gives a cat an advantage when solving crimes?

This is something that Leger often tells fellow felines when he's trying to convince them he's not nuts.  He can get away with more than a human can.  A criminal wouldn't think twice about committing a crime in front of a cat, but they wouldn't do it in front of a fellow human.  He can eavesdrop on conversations, move quicker than the average person and has excellent night vision.  He also has an unhealthy amount of curiosity and sometimes happens upon crimes by accident so he's on the case before any human even knows the crime has been committed.

Can you describe how someone could commit the perfect murder?

That's a tricky one!  I'm not really a devious person so I think the perfect murder, in keeping with the Leger theme of this interview, would have to be one that was committed by Lily, Leger's new friend from the story, Leger's Island.  She murdered a spider named Steven in cold blood.  She interrogated her (yes, Steven was a girl), got all the information and clues she needed, then just gulped the spider down.  Without so much as a hint of guilt, she casually left the room through an opened window.  It was quick and merciless.  Yet Lily was one of the good guys so nobody would suspect her of such brutality and she somehow got away with it.

For Leger it's just a little recreational fun and a way for him to chill after a hard day of napping on top of the microwave and chasing tabbies (his breed of choice - gentlemen prefer tabbies, you know).  It's sometimes been difficult for him to resist and he's had to fight to stay focused on the job in hand.  He's adamant that he isn't addicted, but in future books it may cause major problems for him.

What drew you to writing about cats solving crimes?

My decision was partly an artistic challenge and partly a way to make light of an annoying situation for my friend.  I think it's always been important to me to write something fresh.  I've never been a slave to the latest trend.  For example, when Fifty Shades of Grey became popular, I knew there was no way I would ever be writing erotica because everybody and their granny started doing it.  The cat sleuth genre isn't widely popular but has a cult following and cat-loving readers are the best readers because they are so passionate about their pets.  I admit that when I first heard there was such a thing as the "cat sleuth" genre, I thought it sounded completely ridiculous - but that's what makes it great.  The more I thought about it, the more brilliant the idea seemed.  I read one book in the genre and fell in love with cat sleuths.  That's all it took.  I knew I had to write about my own cat detective.  The idea simmered in my head for about a year before I went ahead and wrote anything.  It was when a friend of mine started tweeting about a cat called Ledger that I went ahead with the plan.  Ledger was a cat who belonged to his co-worker and the poor guy had to listen to his co-worker talk about Ledger non-stop.  So I said I'd write a story about Ledger and promised he would like my fictional cat more than the real one.  The name changed slightly, as Leger is a sculptor as well as a detective, so I named him after Fernand Leger, the artist.  It all fit together beautifully and Leger, Cat Sleuth was born!

How many cats does it take to change a light bulb?
None.  They have human slaves to do it for them! 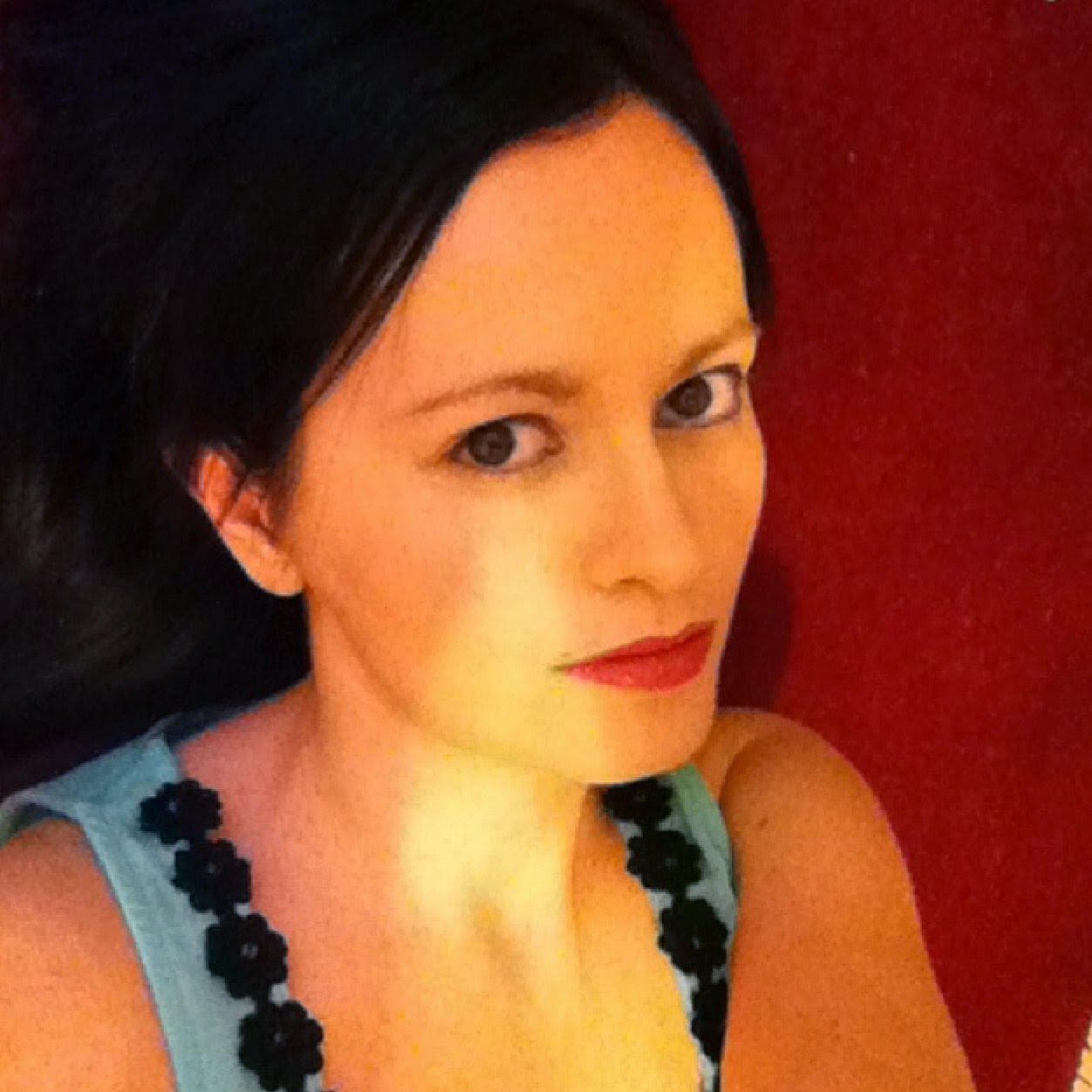 Lacey Dearie is an indie author who was born and raised in Scotland. Before taking up the challenge of becoming a full time writer she worked in a number of different jobs and studied Family Law at the University of Strathclyde. However, being a writer is what she has enjoyed most.

In her spare time she loves to travel and is a regular visitor to Cyprus. She also has a personal blog dedicated to lingerie and fragrances and plans to start another sharing allergy friendly recipes.

Leger - Cat Sleuth (Leger - Cat Sleuth #1)
(Amazon UK, Amazon US)
Leger has a comfortable life. He sleeps, chases tabbies and plays with Bob, his Labrador room-mate, when nobody is watching. His life with elderly couple Annabella and Hugh is enviable, but he craves excitement and a creative outlet. However, when Hugh is attacked, the purpose in life he sought presents itself. He turns detective in a bid to solve the mystery of who mugged Hugh. Will he succeed? Will anyone take him seriously as a sleuth? Will his artistic flair help in his quest to find the culprit? Can he stay away from the catnip long enough to focus on the job in hand?

The Leger - Cat Sleuth Mysteries Volume 1 - 5 (Leger - Cat Sleuth #1-5)
(Amazon UK, Amazon US)
Meet Leger McInnes, not just a handsome black tomcat but also Glasgow's resident feline sleuth. Not content with naps and climbing, he sought a purpose in life and a creative outlet. However, his sculptures were not appreciated by his owner so he used his time to solve crimes in his area.

This bumper edition comprises the first five novelettes in the series.

Leger's Love (Leger - Cat Sleuth #6)
(Amazon UK, Amazon US)
Leger, Glasgow's finest feline sleuth, returns and this time he tackles his most disturbing case yet! After witnessing a murder, his friend Winter is traumatised and unable to speak following her horrific experience. Leger vows to track down the murderer and find closure for Winter. This will not be an easy task for Leger. With Winter unable to help, despite knowing exactly what occurred and his sidekick Ginger incarcerated while she is in season, Leger struggles to piece together the events of the night of the murder. He seeks comfort from Samara, the pretty new Persian housecat who has recently arrived in the area and dodges unwanted assistance from Ginger's daughter, Amber, while he is collecting clues. However, the clues he retrieves may be leading him in the wrong direction. Can he solve the mystery of who murdered Fred? Will he be able to protect Amber from becoming involved in a world she is not yet ready to enter? Will he finally decide who he wants to give his affections to: Winter or Ginger? This is a 13,000 word short story and is suitable for all ages. However, parents are advised to exercise caution when allowing younger children to read this story due to the recreational catnip use!

Leger's Island (Leger - Cat Sleuth #8)
(Amazon UK, Amazon US)
Leger's family are taking a trip to a tiny Scottish island and he is looking forward to spending the summer with Annabella, Hugh and Bob but when he discovers he is to stay in Glasgow with Annabella's niece, Carole, while the rest of the family go on their trip he is outraged. He hears there has been a murder on the island and knows he has to somehow travel with them and assist in finding the killer.


What he didn't count on was meeting a fellow cat sleuth on the island as well as a clowder of unfriendly gossips. The island way of life proves to be very different from Glasgow. Can he deal with culture shock as well as solve the crime? Can he and Lily, the beautiful calico detective work together to solve this case or will their egos prevent them from becoming friends?
Posted by Tasha Duncan-Drake at 00:00