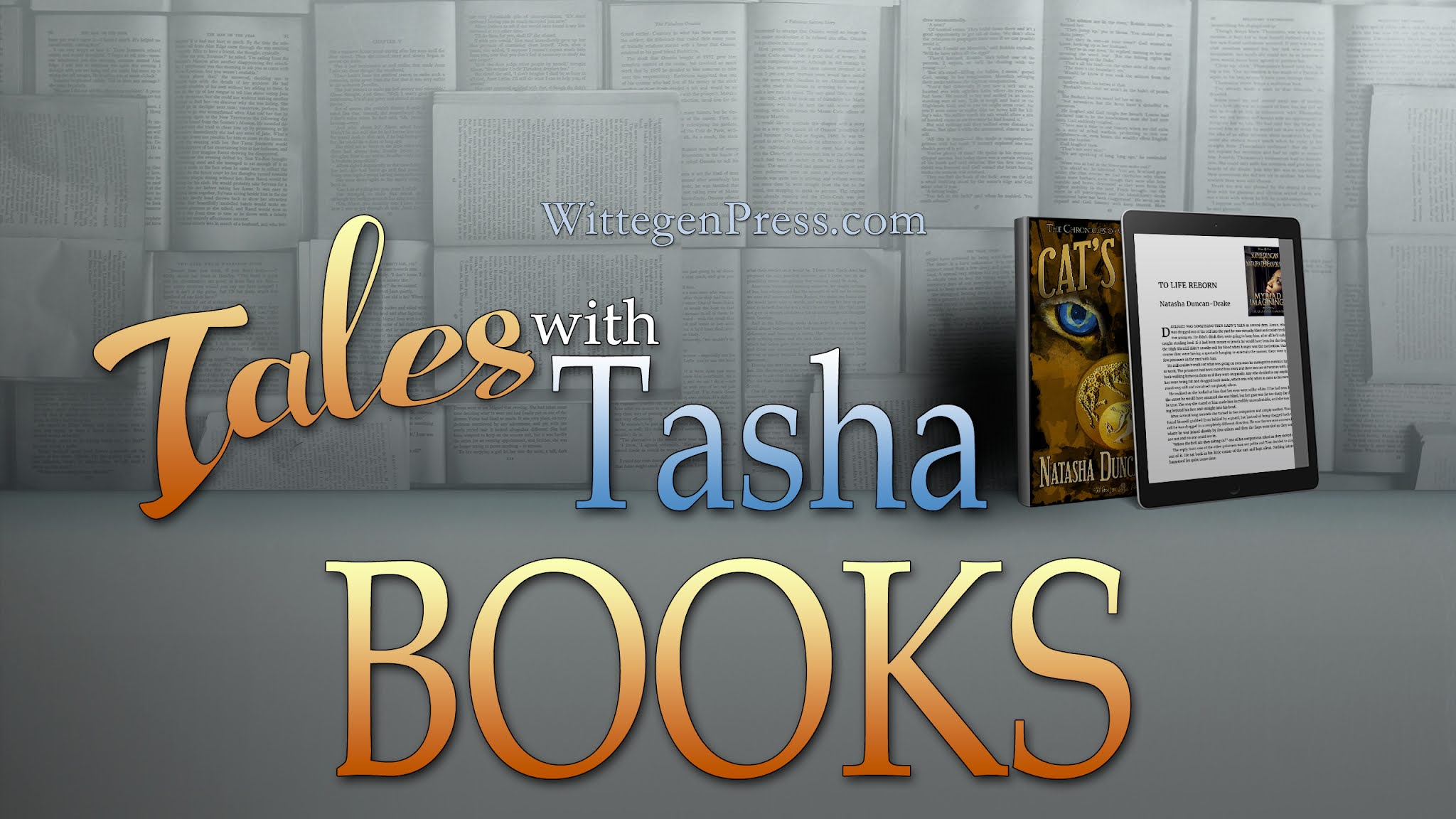 These are the books to accompany my YouTube channel Tales with Tasha - to hear these stories and more read aloud, please check it out. Don't forget to subscribe so you never miss an upload and it really helps out the channel too. Thank you 💖.

Alianara is the last of her generation of dragons, entrusted with seeing the new clutch born into the world. However, her peaceful existence is interrupted when a young human crashes into her cavern where she is brooding her eggs. The intrusion is unexpected and has even more startling consequences.

Dance of the Dead

Jagati has seen more battlefields than she can count over the centuries. She and her team move from war to war, doing what they can for the living and bringing peace to the dying. On an alien world she is about to encounter something new, even to her.

Two thrilling dark fantasy short stories based on the concept of urban legends.

Knowing – Once you know a thing, you can never unknow it. Sometimes this is more dangerous than you could possibly imagine.

Mightier – Some responsibilities cut deeper than most and are written in blood.

Castle In The Air

Of Princesses and Curses

When she was a little girl, Katie's Great Nana Brenna used to tell her stories about a castle that only appears every one-hundred years, and a princess who sleeps away a dark curse when her castle is hidden so she does not have to slaughter unwary suitors and feast on their blood. Nana Brenna saw that castle when she was young, and now Katie intends to see it too.

Place of the Gods


Joel knew he shouldn't have touched the exhibit, but his impulse control had always been crap. Now he's faced with actual gods and goddesses from all over history who are looking to him for help. He is in so much trouble, he can tell.

The Magic of the Season
Inspired by Dickens' A Christmas Carol

A fantasy homage to the great "A Christmas Carol" by Charles Dickens.


Ebenzia is a fairy of the forest of Lon. A fairy's single task is to see to the welfare of those beings under their care, but Ebenzia hoards magic rather than using it for the good of all. A visit from her departed partner Marley starts a sequence of events that will either reclaim her soul, or bring her to madness.

Karl is a werewolf and lives quietly, mostly off the grid, and expects the world to leave him alone the way he does with it. Unfortunately, his peaceful existence had been interrupted by hunters, werewolf hunters. He is most put out that he has to deal with armed intruders in the middle of the night.

Journey to the Babe

Of the Wise and the Magic

Hekima, Kuimari and Neema are the last of their kinds, unicorn, dragon and fae respectively. They have remained to see the birth of the child who will bring magic back into the world, and that time is now. They must journey from their homes, spreading their message to give their gifts to the child.

The New and the Known

Mei was chosen by the Goddess to be her next High Priestess. It is time to meet her destiny, but she feels inadequate. She must find the strength to accept who she is and the vocation to which she is called.

A Monstrous Re-Envisioning of The Little Mermaid

When a mermaid falls in love, it is a dangerous thing. It can control them. That is why the little mermaid has gone to the creature that hides in the dark, the most dangerous being in the sea, the one only her family know the truth about. This creature can give her the power to walk on the land, but at what price?

Daggers of Vengeance
A Darker Take on Little Red Riding

Bavan is a werewolf and when he sees an intruder in a red coat in his woods, he follows her. Her scent is almost familiar, but she also smells of wolfsbane, like a hunter, even though she looks innocent. Hunters murdered Bavan's father and he burns for revenge. Now he must decide if this hunter will pay for the sins of those that came before.

Appearances can be Deceiving
A Dark Fantasy Retelling of Cinderella

Prince George is seeking a wife. Cinders is seeking her target. It really isn't hard to prey on the prince's weaknesses and play up to him as the demure young maiden. He's nice to look at, but Cinders has her eye on a far bigger prize.

Goldilocks and the Three Zombears

A parody of Goldilocks and the Three Bears.

Once upon a time there were three bears, but after the government failed to stop toxic dumping in their forest and Baby Bear come across a leaking metal drum, they became the three zombears. They do not need a visit from Goldilocks to complicate their lives further, but, alas, that is their fate.

💖Thank you for visiting!💖

I hope you enjoy the books.