B is for Battlements - Boy Meets ... Something by Natasha Duncan-Drake - Day 2 #AtoZChallenge 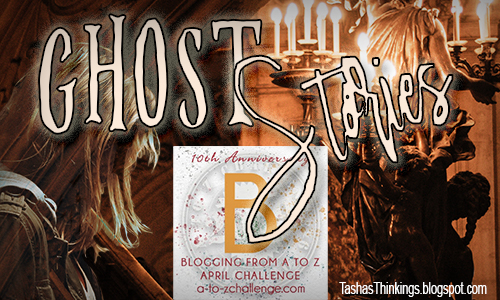 B is for Battlements

Welcome to day 2 of my AtoZChallenge 2019. This year my theme is flash fiction ghost stories inspired by local real life hauntings from Kent, UK, which is where I live. There are many, many haunted places around and I have chosen a few interesting one to feed my imagination and come up with ghost stories.

Today's haunted place are the Battlements of Dover Castle. Now these are supposedly very haunted with strange goings on like doors opening and closing by themselves, disembodied voices and everything of a spooky nature. However, the most famous ghost is of a murdered drummer boy. It is thought he was accosted while on an errand and beheaded so he could not tell who had robbed him. His ghost is seen all over Dover castle, banging his drum, but especially on the battlements.

Be warned, this is a scary one.

How he had ended up on the battlements of the castle he had no idea. He'd been with the after-hours tour group and someone had called his name. It had taken him a few moments to figure out whoever it had been was nowhere to be found and, but that time, the tour group had vanished. He'd followed the sound of them around corners and through doors, but now all sign of them was gone and he was standing in a very cold breeze, in the dark, outside.

Worse, he had no idea how to get back down to the ground floor.

All the way up he had been sure the tour group were just around the next corner. However, he was very much alone.

Paranoia whispered that he had been led away from the others, but rationally he knew that was ridiculous. No one could have produced the exact sounds of the group he had been with, including the obnoxious Belgian who had pissed off everyone on the tour and their long-suffering tour guide. He had to have just taken a wrong turn.

It didn't help that it had been a ghost tour.

He pulled his jacket around him and tried to find a less windy spot. At least he knew help would arrive eventually. The tour was supposed to end on the battlements with promises of great views and spooky tales. Not that thinking about anything ghostly was a good idea while huddling on a haunted castle's wall all by himself.

Ben all but jumped out of his skin when a solitary drum beat reverberated through the dark.

"Muppet," he chided himself, "it's just a recording."

So far there had been two unannounced extras in pretty bad stage makeup to help spice up the tour. It looked like the battlements was spicing it up even more. Maybe he had set off the recreation prematurely. He really hoped he didn't get into trouble if that turned out to be the case. It wasn't his fault someone on his tour was a complete dick and had distracted him.

The drum beat came again, this time followed by another one, and a third. They reverberated eerily and Ben shivered, shrinking down into his coat. Okay, he was going to own it, if he'd had covers right then he'd have been hiding under them. Mentally cursing his brother for ever suggesting the tour, he peered through the darkness to see if he could catch sight of anything.

His eyes were adjusting slowly, but not a lot of light made it up from the castle below thanks to light pollution regulations. There were only two small lights on the battlements, one above where he was standing, which was a joke as far as illumination went, and one at the other door he could see at the other end of the section of battlement. Slightly towards his end there seemed to be a small roped off area that had reflectors on cones, but there were no additional lights on it.

Squinting, he realised with a start there was a person right in the middle between him and the other door, just past the cones. They were standing right next to the wall and Ben could barely make them out. Relief made his laugh at himself, all be it quietly. He wasn't alone after all.

Stepping out of his tiny pool of dim light he did his best to make out any details about the person with him on the battlement. He saw movement and another drum beat rang out. It still made him shiver, even though he knew it was coming from a real person now. Whoever had the drum rigged up had done a great job of making it sound really spooky.

Another drum beat answered his enquiry. The sound sent ice up his spine—it was not pleasant.

"Look," he said, taking another step, "this is great and everything, but the tour's not here yet. I got lost."

He walked a little closer to his companion, but the night was dark and he wasn't having much luck seeing who they were. Another drum beat and more movement did allow him to pick up a glint of light off the side of the instrument, but not a lot else. It seemed to be quite low down, but then he knew nothing about how to hold drums.

"Um, hello," he tried again, moving down the stone walkway slowly, because he didn't want to slip and fall. "You can stop y'know."

A staccato phrase of a handful of drum beats answered him that time. It set his teeth on edge and his heart beat faster. His annoyance rose because he needed help, not scares.

"Look," he said, increasing his step, "please, I'm lost. I promise to be impressed when the rest of the tour get here, but could we drop it for now?"

As he moved closer his eyes began to pick out a few details: old fashioned boots, trousers of unidentifiable colour, and the fact his companion seemed to be pretty short. It dawned on him that maybe his "ghost" was a young actor, which might explain why they were going through the motions rather than engaging in conversation.

"You really don't have to continue this," he tried, but the drum answered him again, so he sped up a little more.

The sound really was getting on his nerves and shredding them at the same time.

"Could you just tell me the best way down?" he asked. "I didn't really come dressed for spending too much time out here in the cold."

Just as he almost close enough to get a better look at his young companion, the sound of a wooden door scraping across stone dragged his attention away. He looked up to see the far door opening and a teenager in old fashioned clothes and dodgy makeup stepping through under the light. The newcomer was carrying a drum.

Ben frowned, that didn't make much sense. As far as he knew there was only one tour, they couldn't possibly have needed shifts.

He turned back to the other drummer and discovered his companion had stepped away from the wall. Ice stabbed Ben in the gut and lanced up his spine as he took one stumbling step backwards. His drummer's clothes were ripped and stained with dark patches that Ben filled in as red, even though he couldn't tell in the current light. Hands that gripped two roughly hewn drum sticks were white and little more than claws.

Ben didn't want to look, but his eyes were inexorably drawn upwards. His drummer had no head. Where one should have been there was a rough, bloody stump, clearly hacked by a blade that ripped as well as cut and a faded, ghostly outline with dark, amorphous blobs where the eyes and mouth should have been.

The thing took a step towards him, letting a single drum beat into the night. Ben scrambled backwards with a yell, panic taking away all reason or thought of what he was doing.

"Hey, watch out," he heard, but it barely impinged on his frantic mind.

Flight was his only thought as the apparition stepped towards him once more.

He tripped on something plastic, glancing off stone as he tried to right himself, but his back hit iron. It screeched its annoyance at the abuse.

The unholy thing was still coming towards him beating its infernal drum. He shrank back against the stone and iron with nowhere else to go as all thought failed him. Terror made his limbs shake, his heart beat out of his chest and blood rush through his ears. Every drum beat shook him to the core and he couldn't even scream.

It was close now, almost close enough to touch and Ben could not get away. It was going to reach him and his mind conjured up a thousand terrible ideas of what would happen then.

He had to get away.

He pushed backwards and the thing stopped, hand raised to bring down another dreadful beat as silence seemed to echo around Ben. Into this silence came one sound, a clink followed by a grind.

The pressure keeping Ben in place vanished and he moved backwards without resistance. There was nothing behind him or beneath him to stop him getting away and he almost cried with relief. In his terror he never saw the ground coming up to meet him.

For this month I am also recording dramatic readings of all the ghost stories. These are available on my Patreon. Some are public, some are patrons only.
Boy Meets ... Something - read by Natasha Duncan-Drake

Please do let me know what you think of the story and leave me links to your AtoZ entries so I can visit you back. I love to chat.
P.S. I am really busy until the 3rd, but promise to visit back as soon as I can.
Posted by Tasha Duncan-Drake at 00:30