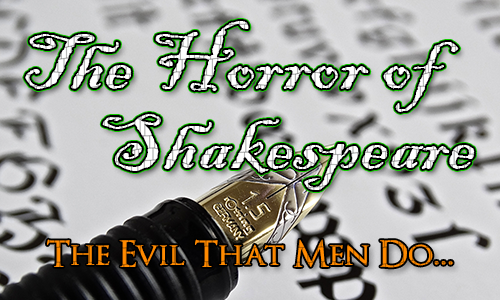 Every day in October I will be posting a horror/paranormal drabble (100 word story) inspired by a Shakespeare Quote.

Greetings :) Today we have zombies. Brains!

The Evil That Men Do Lives After Them


Horror was all Gemima could feel at the sight that greeted her in her father's lab. Pure, unadulterated horror.

The three shambling creatures standing over her father's bloody corpse turned at the sound of her entrance.

"No," was all she could whisper.

The faces, once so familiar, were saggy and grey, with eyes empty of life. When her school friends had vanished, she'd thought they'd run off on a road trip like they had always said they would. But they had been reduced to nothing more than experiments.

Her father was dead, but they were something else, something terribly dangerous.

If anyone would like to join in, please do!
Posted by Tasha Duncan-Drake at 19:56