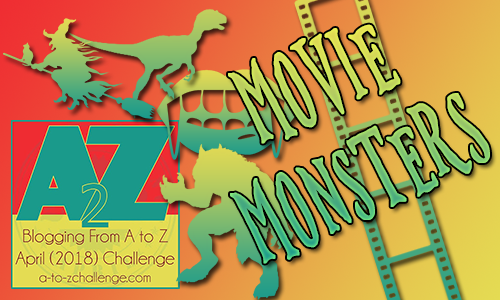 Quick recap - AtoZChallenge, runs through April, 26 posts, each inspired by a letter of the alphabet, lots of bloggers, lots of wonderful posts, and lots of us have themes. P.S. Anyone can play and there's still time to join.

A theme links all of our posts together. Themes are not compulsory, but they are fun.

My theme this year is:


A few letters are a theme within a theme, for example, I bet those who have visited my blog before never would have guessed that "V is for Vampire" - other days will be a mixture of monsters whose names begin with that letter.

I am very much looking forward to seeing everyone in April and checking out all the other wonderful posts. Now I have to go and write mine :). Good luck to all taking part.

BTW, while we're waiting for April, if you'd like to see what I've done in other years my themes so far have been:
~*~
Check out my books on Amazon