Review: Ghosts of Shepherdstown + Ch5 of Dead Before Dawn 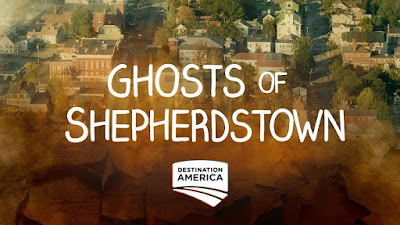 Rob and I have been watching Ghosts of Shepherdstown this week and we really enjoyed it. It looks like reality TV, it's even listed as reality TV on IMDB, but if this isn't scripted, I'm Father Christmas.

The leads are playing themselves and at least one is a real paranormal investigator. The set-up is that they've been brought in by the Sheriff of Shepherdstown because he and his department are getting lots and lots of calls about paranormal activity, that they just can't cope with.


Shepherdstown is supposed to be the most haunted town in the USA, but apparently the activity just ramped up considerably.

Throughout the six episodes the investigators take over from the police when the cops find no evidence that there are human perpetrators involved in six different cases, that all neatly link together. They have a psychic medium and a historian who help them investigate the cases and in each episode they see more and more paranormal activity.

There are recreations of ghostly happenings in the program as well as what we are supposed to believe are real paranormal activities filmed by the team. If the evidence were real there would be paranormal investigators swinging from the highest towers crowing about everything that had been found.

That said, it's a very enjoyable watch, put together well and is very spooky in places. It feels like a War of the Worlds type thing to me, fiction presented as fact to give us a good scare and it works.

If you like reality tv ghosts shows and some good ghost stories, then this is a great program to watch. Not sure what they'd do if they were renewed for a second season, but I'd tune in to see it if they did.


Have you seen Ghosts of Shepherdstown? What did you think? 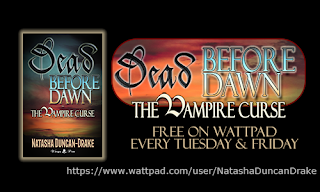 It's Tuesday and that means it's new chapter time.

Chapter 5 - Facing the End
of
Dead Before Dawn: The Vampire Curse
is NOW available.


The vampire infection is taking over, Max is becoming a monster.