When Does a Trope Becoming a Cliche? #ThinkyThursdays 21 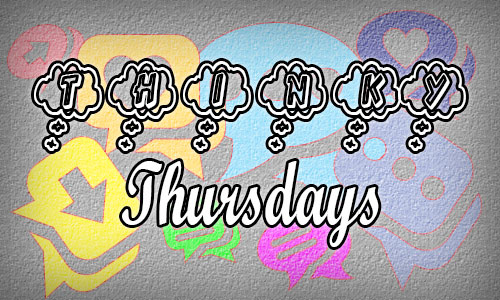 So apparently I was talking in my sleep last night. I only remember dreaming about trying to cook vegetarian food for some friends - not overly exciting. However, I have been doing a lot of plotting lately (not to take over the world, well unless it's by book sales :)) and the Olympic gymnastics was rather exciting to watch just before going to sleep - so that could have been it :). Anyway, learning this got me thinking ...

When Does a Trope Becoming a Cliche?

trope - noun - a significant or recurrent theme; a motif.
cliche - noun - a phrase or opinion that is overused and betrays a lack of original thought.

What my little foray into chattering while comatose made me think about was how talking in ones sleep can be such a cliche in fiction. Which then led me on to thinking about lots of other tropes and how they can quickly become cliches.

We all think in cliches some times; it's how the human psyche works. However, we generally try to think in an original manner and that, I believe, is the key to using tropes and avoiding cliches.

I have seem lots of advice about how not to open a book, like, don't have a whole scene that turns out to be a dream as your protagonist wakes up. This is a cliche.

It's good advice; we don't want to alienate our readers with tired, uninteresting writing.

However, we also know that there are very few actual plots out there and that the key to exciting our readers is in the execution. I think this is the same divide between a trope and a cliche.

A cliche is a boring rehash or many things we have seen before.

A trope is an idea we have seen before presented in an exciting, grabbing way.

She looked at him from across the room. Her eyes said 'I love you' even as she mouthed the words 'help me'.

Sam struggled to free himself from the bonds holding him, but it was no use. They wanted him to learn a lesson. He was helpless.

The gunshot ripped through him as surely as if it had been aimed at his heart, not hers. Blood bloomed on her white shirt even as she began to fall.

Sam sat up, gasping, a name he didn't know trying to make it to his lips. It had been the same dream for five nights now. Over and over again he saw the same woman dying and he had no idea who she was.

Throwing off the sheet he staggered to the bathroom. Bending over the sink he threw water on his face, coming back up to stare at himself in the mirror. The grey bags around his eyes were only growing bigger.

Shall we count the cliches?
And that's just from five paragraphs!

The writing is tired, it's uninteresting and it's been done a thousand times before. It does neither of the characters justice. It's not a beginning that is going to inspire may to keep reading.

So what should we do? Well, first, let's give the female character some agency of her own.

She glanced at him once, eyes only flicking from the gun for a moment. Her hands were shaking even as she tried to talk to their captor.

Then let's keep her death, this is a premonition after all, but give it more worth than simply being the love interest.

Sam pulled against the cuffs holding him to the pipe. The metal bit into his wrists without shifting at all. She was the key; they knew it, he knew it, and without her it was all over.

But, lets skip the gunshot; they really are very messy and make murder rather obvious.

She was still talking for her life when a woman stepped up behind her. Her eyes opened in shock and she gasped quietly, faltering, eyelids flickering as her words ceased. As she started to collapse forward, the other woman slid a syringe back in to a small container. The thud as she hit the floor was the only sound she made.

Now, how about we dump the cliche of waking up in bed?

Sam's head snapped up as he took a sharp breath, blinking. The first thing that made any sense was his haggard reflection in the dark screen of his computer. With a shudder he hit a key on his keyboard to bring up the spreadsheet he had been working on; he'd fallen asleep at his desk ... again.

The dreams were getting ridiculous.

Standing up he reached for his coffee mug. He had to stay awake or someone was going to start asking questions. Glancing through the window next to his office door, however, he completely forgot about caffeine. There she was, talking to Mike; the woman from his dream.

Now I'm not saying this is Shakespeare, I just created it off the top of my head, after all, but I think it's a lot better than it was. These paragraphs still have tropes, everything does, but, hopefully they're a little more exciting than the first version and less cliche.

The most important thing is that they ask questions, engage the reader and, with any luck, make them want to find out what's going on.
Just with the Olympic diving (yay Team GB!), it's all in the execution. A character becomes a cliche when they a just a whole bunch of tropes strung together with nothing to make them interesting, and the same goes for a plot.

We all love tropes, that's why they exist. What we have to be careful of is that they don't slip into overdone and cliche. If we read back our own work and it seems like we've read it a hundred times before, in lots of different places, it's probably time to change it up a bit. This can mean changing our choice of language or completely tearing something apart to give it more zing. Beta readers and editors can be very good at helping with this part, but I think we often know the truth in our heart before they ever tell us.

Sometimes a good writing exercise it to take a cliche we've seen in something else and see what we can do with it to make it more interesting and exciting.

What are your favourite tropes? Do you have a favourite or least favourite example to share?

Posted by Tasha Duncan-Drake at 16:42