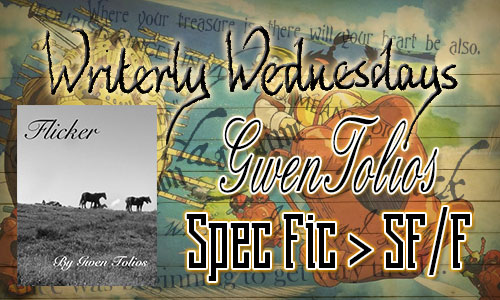 Please join me today in welcoming fellow author Gwen Tolios to my blog. I know many people hear the term "speculative fiction" and are unsure what it means. Today Gwen is explaining the genre and why it is so great.

(aka Speculative Fiction is better than SFF)


In high school, I remember arguing with a friend about what genre to classify the film ​Laputa: Castle in the Sky​. Was it fantasy? One of the protagonists ​was​ a long lost princess in possession of a magical amulet. Or was it science fiction? There ​were​ robots and flying ships and advanced weaponry. 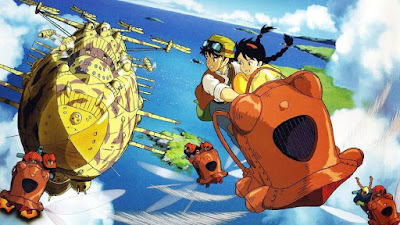 We couldn’t settle the debate, so we called it science-­fiction-­fantasy. (Older me now knows the term science-fantasy).

Science Fiction & Fantasy are often bundled, and frequently abbreviated to SFF, SF­F. SF/F, or other such variations. Sometimes stories are distinctly one genre or the other but presented side by side in short story markets. Other times, elements of both are evident in the same work. Fiction particularly like to combine the two ­ look at ​Gail Carriger’s Soulless series​. It’s got science fiction ­ steampunk technology ­ and fantasy ­ vampires and werewolves ­ elements merged seamlessly in her world.

Don’t quote me on this, but I think the term “speculative fiction” came about because saying “science fiction and fantasy” was too much of a mouthful. (Look at that, wikipedia tells me ​the term has been around since the late 40s​)

When I say I’m a speculative fiction author, I’m saying my writing isn’t confined to space stations and foreign moons, or the magical underbelly of Chicago or a medieval based fantasy world. I write whatever calls to me, from the sirens in the ocean to the child brides in the stars. Paranormal, sword and sorcery, biopunk, space operas. I’m a generalist, not a specialist in this world of fiction and I adore my infinite sandbox of worlds to play with.

It helps that I adore the word ‘speculate’.​ ​What better describes my thought process in developing a culture for a species that was created and raised by a corporation? Or contemplate the appearance of mermaid tribes based on whales? Or imagine the long term benefits of the ​Internet of Things​ and pretty much any WIRED article? I wonder and muse and speculate​ about the potential worlds in mine, along mine, and those it might become. The future of movies, the magical blessing of never having broken a bone, the banished kelpie now living in Arizona.

Speculative fiction, however, isn’t simply fantasy, science-fiction, and science-­fantasy. It’s alternative history, magical realism, and horror too. It’s any world that’s built out of the idea of ‘what if’ and ‘wouldn’t that be cool’.

So when people ask me what I write, I always say speculative fiction. It’s the broadest label I can use to define the range of pieces I have while still informing readers of what they can expect from me. It’s so much cooler than limiting myself to science-fantasy.


Gwen Tolios is a speculative fiction author living in Chicago with the most antisocial cat ever. She’s the author of ​Flicker​ and blogs at ​Fulfilling Dreams​. You can also follow her daily rambles on ​Twitter​. 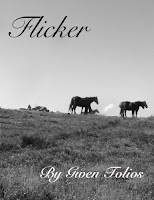 Living on a farm in rural Wisconsin, Cydelle has always communicated with the ghosts of the animals that visit her home. But you can't have a conversation with a ghost horse. To cure her loneliness, Cydelle goes hunting for a human ghost to talk to.