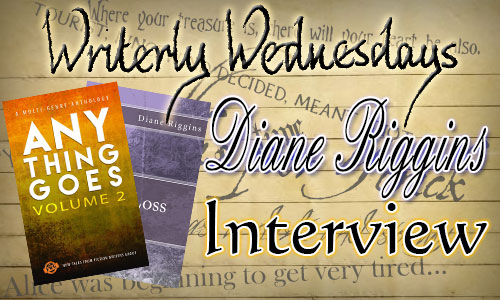 Today I am very pleased to welcome author and blogger Diane Riggins to my blog. She has very kindly agreed to be interviewed.

Can you tell us a little about yourself?
Wow, this is hard. What does one say about themselves. :) I guess I would start with how I started writing and that was in high school. I was one of those students that was into art, drama, and writing. I took art and drama classes and belonged to both the art and drama clubs. I continued the arts in college and have a media arts degree with a focus in screenplay writing. I love to play online games and that has led me to start creating games.

Tell us about your book(s).
I published two short stories in 2015. The first one is an urban fantasy story called Town Curse and is included in the Anything Goes Anthology. This was the first story I have ever had published. I’m considering writing a book using the main character from Town Curse. The other story The Loss is an epic fantasy story and was published in December 2015. I consider The Loss to be a prequel to the epic fantasy series I’m working on. It gives readers an introduction to the main character Aleesia. I’m currently working on the epic fantasy series as well as a vampire series, a shapeshifter series, and several more short stories.

How do you come up with blogging topics?
I sit down with my calendar at the beginning of the month and decide what topics I and followers of my blog might be most interested in reading about. I usually try to make sure the topics fall into one of several categories: books, movies, writing, and gaming. I throw personal updates about my writing and what is going on with the game I’m designing in there as well.

Do you have a favourite character from your fiction? Why?
This one is hard. I love all of my characters but if I have to pick one it would be Aleesia, the main character from my newest story. I’m having fun writing her story. She is an elf captain in the King’s guard in the story The Loss and is the main character for the fantasy series. She has worked her way up to being in the guard and has to deal with a lot of issues that come with that and what other female elves think of her. She is the only female in the guard. She’s powerful but at the same time can show her sensitive side and she does have doubts about things.

What is the hardest part of a story to write, beginning, middle or end?
For me, it’s the end. I have a hard time trying to tie everything together. I tend to leave cliffhangers even when there shouldn’t be.

Do you have conversations with your characters?
I try not to but wind up doing it anyway especially if the character keeps drawing my attention to their part in the story.

What is the most random thing you have ever blogged about?
Nothing really comes to mind as being random but I guess it would be some of The Hobbit/Lord of The Rings posts I wrote in 2015. Some of those topics were pretty random.

When do you have the most fun writing a piece of fiction? When you first start? When you are blazing along with the main bulk of the plot? When you are rounding it all up?
It depends on the story I’m working on at the moment. With some of them I have the most fun writing the beginning and others I have fun writing the main bulk of the plot. I have a hard time with rounding it all up with any of the stories I write. Endings are the hardest to write I believe.

Are you a dog or a cat person, why?
I’m both. I’ve always had dogs and cats living in my house at the same time. I have one dog and three cats in my household now and they get along to a certain point. :)

What is your favourite film of all time, why?
Wow, this one is hard as well. I would have to say it’s The Lord of The Rings trilogy. I can’t pick just one of the films. All three are my favourite. It’s hard to say why they are my favourite but if I have to say why it would be that Middle Earth is brought to life on the big screen in such a great way.

Nathan’s hometown has been cursed for hundreds of years. It’s up to him to break the curse and with some help from friends he might just succeed or die trying.

The Loss
by Diane Riggins

Aleesia, an Elf is a captain in the King’s Guard. She has to do some things she doesn’t want to while trying to protect the King. She will give her life if need to protect those around her. 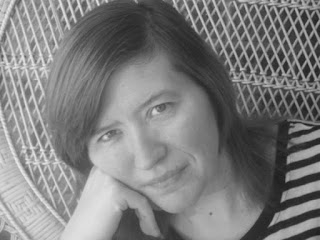