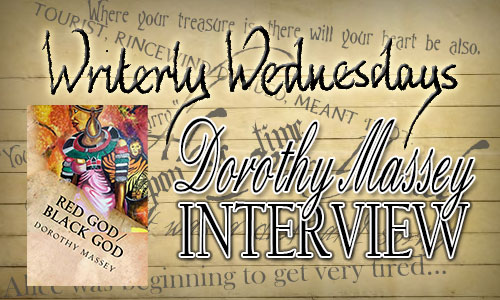 Please join with me to day to welcome fellow author Dorothy Massey to my blog for Writerly Wednesdays.

Can you tell us a little about yourself?

I live in a small town in the Northeast of England with my football-crazy husband, rock guitarist son, and a collie cross rescue dog called Zero. I remember writing poems and stories when I was still in primary school, and when I went to secondary school, regularly contributed to the school magazine. I also remember presenting the latest instalment of a hopelessly soppy play to my best friend on the school bus as well as writing and performing a speech about earthworms! Many years later, after publishing a few poems and articles in magazines, a short story competition entry led to a commission to write three stories featuring mischievous twin ghosts, Wiggle and Woo. I’ve since had more short stories for children published both in print and online. Recently I’ve enjoyed both reading and writing picture books and poems on the website Storybird as doromass.

I’m self-employed as a tutor of literacy and English, which means I’m able to share my passion of reading and writing with others in the evenings and still have free time to write during the day. I’ve authored several educational resources, including a guide to creative writing workshops and a couple of poetry study packs.

My family loves rock music and we enjoy concerts, gigs and festivals. We also enjoy the beautiful British countryside, despite the rainy climate. At this year’s Download rock festival an overnight downpour resulted in a leaky tent and very little sleep. Most of our belongings were soaked, but rather than miss our favourite acts we spent the second, slightly less uncomfortable, night in our car. A much more pleasant experience was a short break in a roulotte, or traditional gypsy caravan, in the Scottish Borders. Here we were able to enjoy the sound of the rain pattering on the wooden roof without getting wet.

Tell us about your book?

Red God/Black God is my first published children’s novel.  A contemporary real life drama, with a target audience of  upper Middle Grade, it’s creating a lot of interest among adults too. The novel explores family relationships and the transition into early teens through the eyes of a young Maasai girl, Neema, whose tribe is undergoing a parallel transition - attempting to uphold traditional values against the encroachment of modern-day advancement. The warring red and black gods of Neema’s favourite legend represent her own individual struggle to make sense of what’s going on around her and gain a much-desired education.

2.2. Do you believe contemporary fiction is a valuable educational resource?

I believe fiction, and not just contemporary fiction, is a valuable asset to people’s lives in many ways. Fiction provides a vehicle with which to learn about other people’s views, culture and issues; it allows us to visit other times, places, experiences and cultures. Moreover, exploring fictional worlds and identifying with fictional characters enables the reader to explore his/her own world, beliefs and emotions. Children’s and young people’s fiction is becoming more diverse and experimental which can only add weight to its value.

However, there is a danger that overexpressing the educational value of a piece of fiction could take away from the sheer enjoyment of  story. Writers, educators and parents should encourage and allow children and young people to read for pleasure. The educational value should be a bonus; the fiction a catalyst for further exploration.

What is the hardest part of a book to write, beginning, middle or end?

Undoubtedly, the middle. For that reason I’ve developed the habit of writing the beginning of the novel, then the end, leaving the middle until last. Having written the end helps me to focus on taking the plot towards the resolution. I also reread and edit as I go along. I know a lot of writers believe you should complete a full draft before editing, but that doesn’t seem to work for me.

Do you have any advice for other writers?

If you truly want to write something, don’t let anyone or anything prevent you. You will find a way. Gather a carefully chosen group of people who support you and continue to build a firm relationship with each of them. Make sure you support them constructively in return.

How did you decide on the topic for your current book?

I was studying for my MA in Writing for Children at the University of Central Lancashire and was given the amazing opportunity to visit both Zambia and Kenya. Those visits gave me insight into many aspects of African life, including the education system, where the poverty divide was painfully evident. I was impressed by the African people’s determination and ability to make the most of whatever resources they had, no matter how limited. Shared values and interests, especially the tradition of storytelling and strong sense of community were key inspirational and motivating factors in writing Red God/Black God.

How do you publish, print, ebook or both?

I’ve written educational resources for publication in the traditional way, but have also embraced digital publishing. My stories for children have featured in print anthologies as well as online downloads and podcasts. Deciding to self-publish, edit and market my début novel was a bit of a rollercoaster ride and I learned a lot along the way. Formatting the novel for different types of publication, for example, was extremely frustrating and time-consuming. At times, when challenges and setbacks occurred, I wondered whether I’d been over-ambitious, but having people read and give feedback on my book has made it all worthwhile. Being shortlisted for a Children’s Novel Award recently was a wonderful and unexpected bonus.

Do you ever get lost down the research rabbit hole ... just one more click?

Yes.  Previously, when I heard writers talk about researching their books I used to picture them in stuffy offices, pouring over piles of academic books gathering and checking facts and figures. It was not an inspiring picture. In practice I’ve found research to be exciting, enjoyable and fun. Research for Red God/Black God involved a trip to Kenya, where I stayed at the Maasai Centre and visited a market (both of which feature in my book) and the discovery of  interesting and informative books, blogs, legends, photographs, videos and more. At first, while I was looking for inspiration, I researched widely, but as I began to write, the research became more specific as I knew what I needed to know and found innovative ways of obtaining it. The process by which the research assimilates itself into and enriches the story, taking it in new and unexpected directions, is amazing, even to the author.

If you could invite one character from someone else's books to dinner, who would it be?

I couldn’t chose between Katniss Everdeen (the Hunger Games Trilogy by Suzanne Collins) and Mina from (Skellig and My Name is Mina by David Almond). Both are strong female characters with qualities I admire – intelligence, guts and determination. They’re both outdoor types too so we’d eat in the wild - a meal we foraged and cooked ourselves - and talk for hours round an open fire.

Do your characters ever run away with the plot when you're not looking?

Yes, and they’re usually seemingly minor characters whose importance to the plot unravels and develops as I write. For example, in Red God/Black God, I’d intended the visitor in the jeep to be Aunt Sifa. Instead the jeep arrived in the village with a completely new character. Likewise, in the novel I’m currently writing, The Forest of Imaginings, I’d never intended a meeting between the two main characters, Tarnock and Viola, but the plot veered in an unexpected direction and there they were, together.

If you could pick one person from history to have a chat with, who would it be and why?

Believe it or not, I’ve already talked with Mary, Queen of Scots. Many years ago, as a budding magazine journalist, I interviewed one of my favourite writers, the Scottish author Liz Lochhead. Her play Mary Queen of Scots Got Her Head Knocked Off was featuring in the Edinburgh Fringe Festival at the time so I asked Liz if she’d like to be interviewed as Queen Mary. It was a fun interview, and I couldn’t wait to get home to transcribe it for the magazine. To my horror, the tape was blank. In my nervous excitement, I’d failed to press the correct buttons on the tape recorder. I phoned Liz and told a little white lie, explaining that the quality of the recording was poor (well it was!). Liz invited me to meet her at the theatre where rehearsals were being held and I got to interview Mary Queen of Scots (aka Liz Lochhead) for the second time. I doubt whether the real Queen Mary would have been so obliging. 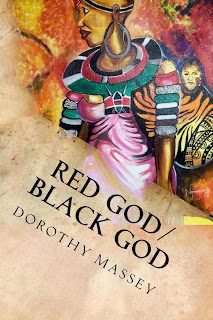 Becoming a teenager is always involves challenges and Neema seems to have more than her fair share. She wants a secondary school education like her brother, but their father has more traditional plans for Neema’s future. Her mother’s mysterious illness and aunt’s strange message make her wonder whether her family has indeed been cursed by the vengeful Red God.

In standing against Maasai tradition, Neema risks the wrath of her father and community. With determination and the kindly Black God on her side, can Neema finally find a way to continue her education and break the family curse?

Dorothy Massey lives in a small town in the north-east of England where she writes children’s fiction and educational materials. She has published several short stories for children in print and digital media and has won several competitions. Red God/Black God is her first published children’s novel.