AtoZChallenge2015 - J is for Jareth, Jasmine

Hello and welcome to day 10 of the AtoZChallenge 2015. 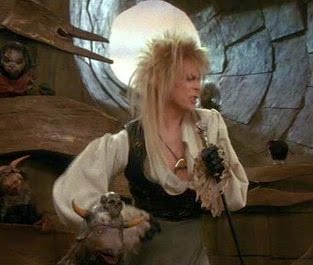 Now I know Jareth is not technically a god or a demon, but he is the Goblin King and he definitely has godlike powers.

Jareth is from the Jim Henson film Labyrinth and it is still very close to my heart. He is played by David Bowie at his most gorgeous :). I remember when the film first came out in 1986, it was so amazing with all the animatronics. It probably looks dated to modern eyes with all the CGI we have now, but it's a wonderful film.

Now Jareth takes children and turns them in to goblins, but he only takes those he is asked to take. Sarah, a young girl who is fed up of her new baby brother, Toby, has been reading about the Goblin King and asks the goblins to come and take him away, not realising they will actually do it.

Jareth then spends the film using his ability to be anyway and see anything in his crystal balls to stop Sarah from crossing the Labyrinth and reaching the castle beyond the goblin city to find Toby. Of course Sarah manages to capture the hearts of several in the Labyrinth, who help her and, as it turns out she captured Jareth's as well.

Jareth can also fly, transforming into a barn owl to move silently through the sky and bend time, as he proves to Sarah to make the point that life is not fair.

Sources: Wikipedia | My Blu-ray copy of the movie 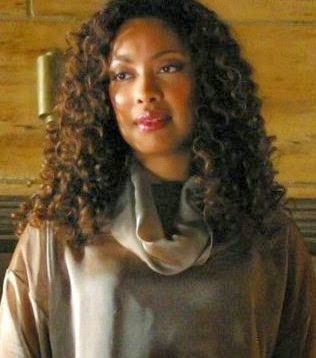 Jasmine is the big bad from the fourth season of Angel, Joss Whedon's TV show. She is a goddess, also know as The Blessed Devourer and The Beastmaster, and for much of the season was played by Charisma Carpenter since she was possessing Cordeila Chase.

However, when she gained her own body she was played by the brilliant Gina Torres as seen to the left.

Jasmine wanted to bring about peace on earth. Sounds like a fantastic goal, except she had a rather unfortunate idea of how to bring it about. In her utopia all humans are virtually mindless slaves subject to her will. She also has the small issue of needing to feed on humanity to maintain her form.

She has good motives, but terrible execution and only her true name can defeat her.

Were you around when Labyrinth first came out? What did you think of it? Are you a Buffy and Angel fan?