I'm guessing most of you haven't come across this word, and yes I am scraping the barrel here, but it does work :). A xanthodont is a person with yellow teeth and we all know that not all vampires care about personal hygiene.

Several vampires are nasty creatures not much better than zombies and they crawl out of the grave. Since oral hygiene wasn't exactly prevalent in earlier times the state of their teeth is likely to have only been worse. Imagine a waxy skinned, bloodshot eyed, death smelling creature coming towards you with long yellow fangs dripping with saliva in its mouth - ewwww!

Okay, I know I pushed this one a bit, but can you do any better? What words beginning with x can you think of that can be associated with vampires?

This is a Chinese vampire and it moves around by hopping. They can look relatively okay or be horrible and bloated depending on how rotten the corpse is. According to Wikipedia they have greenish-white skin and long white hair and Teresa Wilde adds glowing red eyes.

These vampires occur where there has been violent death from suicide, hanging, drowning or smothering and if a person died without proper burial. Cats were also problematic because if they jumped over a body it would become one of these vampires. There are many protections against them and you can read them all at the full post at Land of Theives and Ghosts.

Sorry, no rec today because I couldn't find a vampire movie I had seen beginning with the letter X. Have a picture of Tom Hiddleston as a vampire as an apology :). 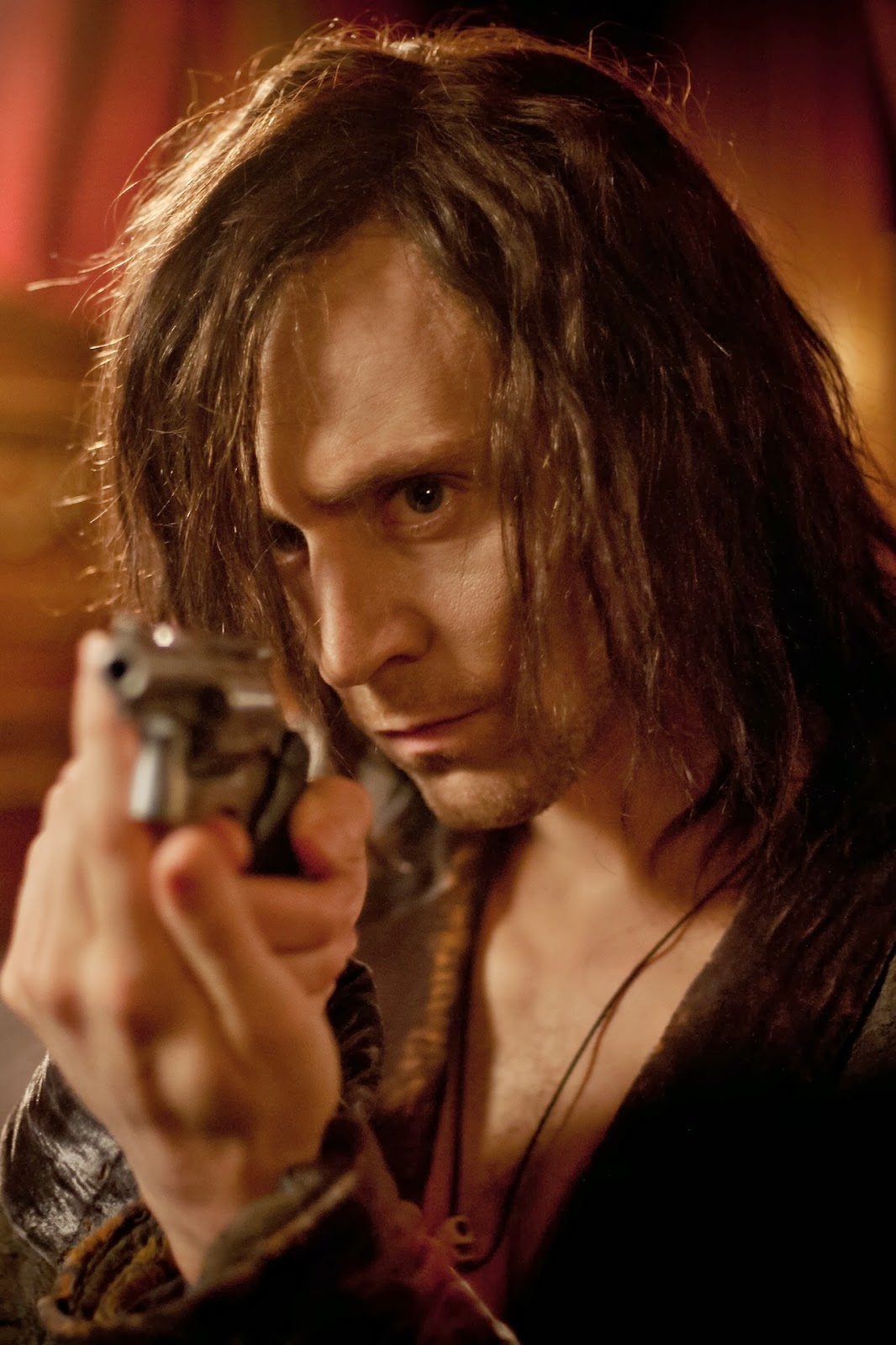 On the Inside
(#24 in The Diverse Life of Ianthe Jawara, Vampire)
by Natasha Duncan-Drake


The door from the altar room to the next one was slightly ajar, but the space beyond was completely dark. Even her vampire eyes could pick out very little from her current angle. Listening intently, she searched with her other senses, but there was no sign of the priest. As carefully as she knew how, she pulled the door further open and stepped into the next room.

All her senses were on high alert.

There were windows in the room; she could see the outlines, but they were blacked out, which explained the near total darkness. Her eyes adjusted automatically, picking out everything in monotones and giving her an idea of the area. It wasn't clear, but it was enough to show her the way.

This space had not been in the dream. She had no idea what she was walking into, but at least it seemed to be devoid of human life. It looked as if there was furniture all around the edge of what was a reasonably large room, but there wasn't anything in the middle. However, there was a faint sliver of light near the centre that Ianthe guessed was the hatch into the rest of the house.

The moment she stepped forward into the open space she knew she had made a mistake. Magic lanced up her nerves and for a second her body seemed to be totally out of her control. It was as if she blinked and her brain disconnected. When it reconnected she found herself standing up straight, unable to move.

As if that wasn't bad enough, lights flashed on all around the room and someone began to laugh. Her eyes screamed in protest, but she refused to close them as danger threatened.

The priest stepped out from behind what appeared to be a very carefully stacked set of boxes and, even though there were bright spots in her vision, she had her first good look at him. He did not have the face of an elderly man, in fact he barely looked forty. There were a few lines around his eyes and on his forehead, but he didn't even really appear middle aged. If he hadn't had the crazed set to his features he would have been handsome.

"Now I have you," he said and all but snarled at her.

That was when the illusion shattered. The priest's teeth were almost completely yellow. They reminded her of the teeth of a corpse in the ground a few years and it was if there was corruption on the inside even if there wasn't anything to see on the outside.

"What do you want with me?" she asked as she tried to will her limbs to move.

It was as if heavy mud had settled all over her body, gluing her arms to her sides and her feet to the floor. She could barely twitch a finger.

"I want your life," was the simple reply.

"I need your strength," the priest said, walking round the edge of what Ianthe could now see was a circle carved into the floor.

The groove of the circle was filled with something white; she guessed it was salt. Salt on its own was not dangerous to supernatural creatures, but it could be used as a conduit for power.

"You believed I was an ignorant fool," he said, "but I have not spent my time idly. I know how to free my soul from him and I will use you to do it."

"But I never did anything to you," she protested.

Her fingers were tingling and she realised she could not feel her toes.

"You gave your soul to him," the priest snapped back.

He sneered at her, his lips curling back from those vile yellow teeth.

"You can't deny what you are, hell-spawn," he said; "you gave your soul to the darkness for immortality. You failed where I prevailed."

Ianthe felt like laughing, she might have if she hadn't been focused on staying alive. She needed time.

"So Ren didn't sell you that detail," she said, letting the bitterness into her tone.

"What?" was the reluctant, but instant question.

"I never chose this," she said and fought to keep her vampire nature inside. If she could gain his sympathy, even for a few minutes it might help. "I was a mistake. Alex..."

The priest actually flinched at the name, almost turning away.

"He," she said sharply, not wanting to lose the man's focus, "was feeding from me when he was attacked. I was dying and his blood turned me. This is not my fault."

"You live in his house."

"Tradition; you must remember that."

"You are his beloved child."

It sounded as if the priest was trying to convince himself of that point.

"I am the worst embarrassment of his life," she said, "and he would love to see me dead. He can barely stand to look at me. You kill me you do him a favour."

Even if it wasn't true it might give her a chance.

"Yet here you are, hunting like a good little vampire," the priest countered.

"You were hunting me, what was I supposed to do?"

He stood there just looking at her with his wide, less than sane eyes and she started to hope. The tingling in her limbs had lessened, as if whatever he was doing had paused. Just maybe she had a chance of talking her way out.

She tried to nod, but of course she could barely move.

For a few moments she thought she saw sanity flicker through his troubled gaze. Then it was gone, just as quickly.

"It makes no difference," he said; "I need your power to destroy him. Take comfort, I will free your soul."

A few of us discovered that we all had supernatural themes for the AtoZ so we got together and did a mini list. If you also have a supernatural theme (ghosts, monsters, witches, spells etc), please feel free to add yourself to the list.

get the InLinkz code to add to your blog
Posted by Tasha Duncan-Drake at 00:00