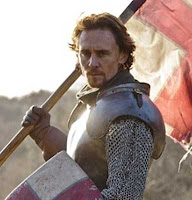 Thomas William Hiddleston - so the other day I spent three hours sorting out my Avengers photo folder (which consists mainly of Mr Hiddleston) so that I could pick photos for this post. I have so many that Win8 was refusing to index them so I could see which was which.

The piccie to the left is Tom playing Henry V in the BBC's Hollow Crown season.

So why do I think Tom Hiddleston is brilliant?

Let Me Be Shallow for a Moment

Let's start with the obvious: he's a bit of a dish :). Whether clean shaven, blond, brunette, curly haired or with it straightened, he's very nice to look at.

Tom is intelligent, funny, caring and a complete gentlemen. He's not only a great actor, he's also a wonderful human being. I shall share some examples to illustrate my point.

Tom has a double first from Cambridge in classics; he got one of his first acting jobs because he could improvise in Ancient Greek. He speaks several different languages and has given interviews in Spanish. He also writes articles for various publications in which he is most eloquent.

This is a man who is not afraid to make an idiot of himself on TV and have a good laugh. He did an interview with MTV After Hours where he Loki'd Josh Horowitz. They gave him a false moustache which he named Wendy.

There is an article about it and the fan project it spawned here if you would like to know more. 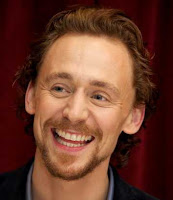 Tom is also always smiling and laughing and even his laugh is rather unique. Here is a man who smiles with his whole face. 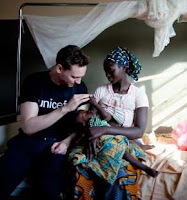 He got a lot of stick for 'playing at being poor' by some naysayers which totally wasn't what he was doing - it boggled my mind, really it did.

This is the man who, on the red carpet at the MTV Movie awards, realised that one of the interviewers was really, really cold, so took off his jacket and let her wear it while she was interviewing him. At a different awards he also brought another interviewer (male this time) soup, because of a conversation they had had on Twitter. Frankly, Tom's a sweetheart as far as I can tell.

His Acting Is Amazing

And now, onto what attracted me to him in the first place, his acting. He came to fame through playing Loki in Thor and The Avengers, but Tom has a much wider range than that. He studied at RADA and spent a long time on stage before appearing in several British TV shows, including Wallander with Kenneth Branagh (who became a kind of mentor and helped him get the role of Loki), Cranford, Suburban Shootout and many more. 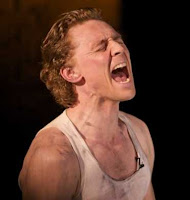 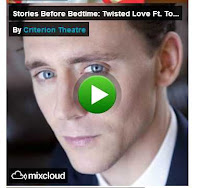 I saw him on stage doing Stories Before Bedtime at the Criterion Theatre, where he read Tennessee Williams' Kingdom of Earth and totally knocked my socks off. To the left is a piccie of him on stage at the event. If you would like to listen to it, the Criterion has a pod cast of it on this page. Just scoll down until you see the piccie of Tom to the right and that's the correct one. (It's the whole thing so you'll have to forward to get to Tom's bit).

He's also an experienced Shakespearean actor, having played Prince Hal in Henry IV and Henry V in the BBC's Hollow Crown series, as well as several other roles on stage.

Tom can carry off the role of an insane god (Loki in Thor), a British officer on the front line in World War 1 (War Horse), F. Scott Fitzgerald (Midnight in Paris), a Swedish detective (Magnus in Wallander), a historical gentleman (William Buxton in Cranford) and anything else he chooses. His back catalogue is varied and incredible to see.

I could literally go on about Tom all day. His fame is growing all the time and yet he remains humble, gentlemanly and lovely as well as a brilliant actor. I cannot recommend his work more and he also sets a great example as a human being.

Have you seen Tom's work? Did you like it? Who are your favourite actors?