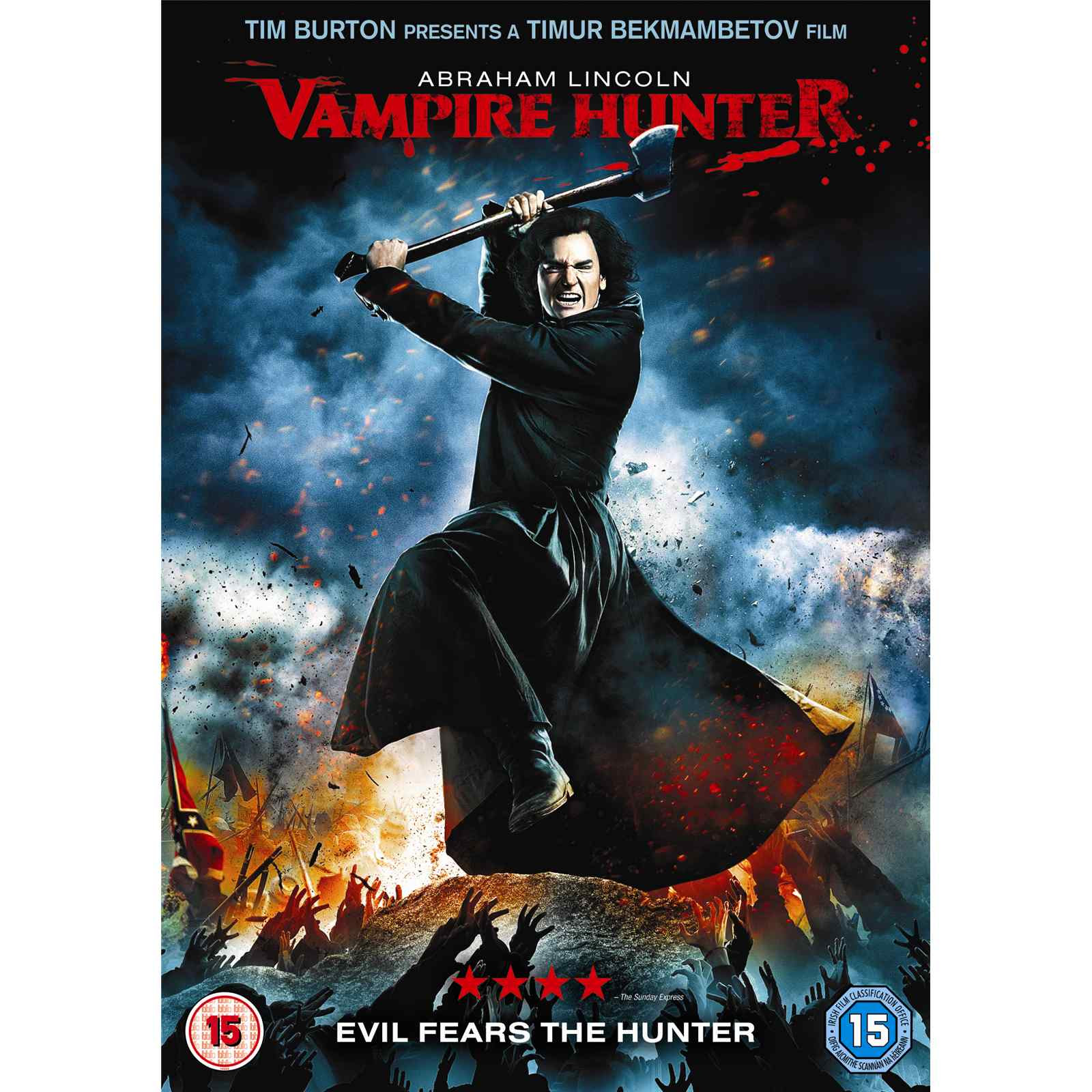 
The first thing I have to say is this is a brilliant film. It is the best vampire movie I have seen in a very long time. From the title I assumed it was going to be somewhat cracky, but it isn't. It is a solid vampire movie with a great cast, superb writing and brilliant filmography. 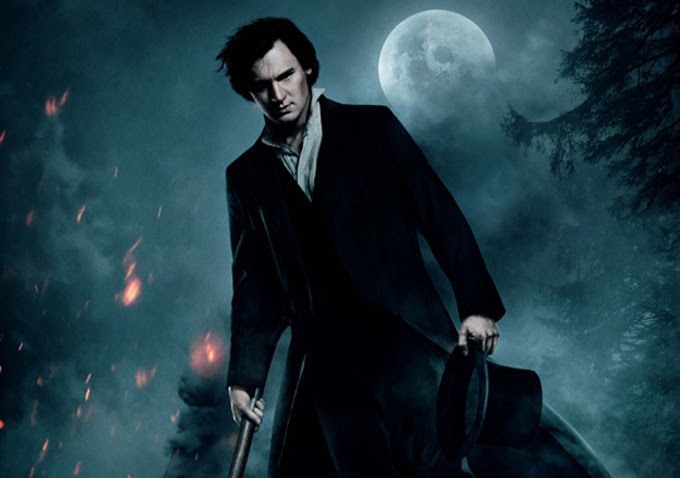 Okay, so lets break it down a little. Benjamin Walker plays Abraham Lincoln and he plays him with depth and feeling and as a character that everyone can relate to. He's not perfect and he definitely isn't the great statesman he becomes at the beginning of the film. He grows and takes us with him and he definitely isn't Buffy with a beard. His relationship with Mary Todd is also beautifully done and Mary Elizabeth Winstead is superb.

I'm putting in a cut now, because there will be spoilers.


Mary spends most of the film clueless about vampires and yet manages to be a perfect foil for Abe. Then, when she does find out, boy is she annoyed. 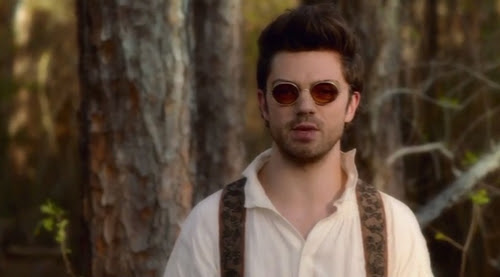 Then we have the eye candy of Dominic Cooper, who is also superb as Henry Sturges, the man who gets Abe into the vampire hunting business.

He's as much a tragic character as Abe is and he plays it beautifully. He isn't exactly a tortured soul, just one who has lost everything and is bent on revenge. It's not exactly a shock when he turns out to be a vampire and I liked the fact the director didn't think the audience were idiots.

There are also Anthony Mackie as Will Johnson and Jimmi Simpson as Joshua Speed who make up the supporting good guys. Both do well with their parts and no one is the begging for mercy, we need a hostage type of good guy either. 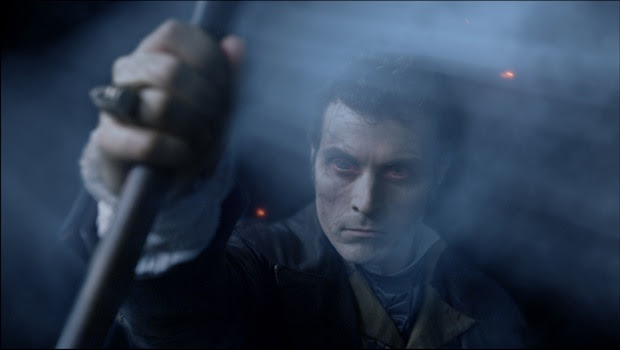 Now to the baddies and they are really bad. Rufus Sewell as Adam is one of those calm, rational bad guys you love to hate.

He's old and confident and ruthless and totally without apology for what he is. In fact he is so even tempered throughout the film that when he finally does get mad, wow, it's amazing. 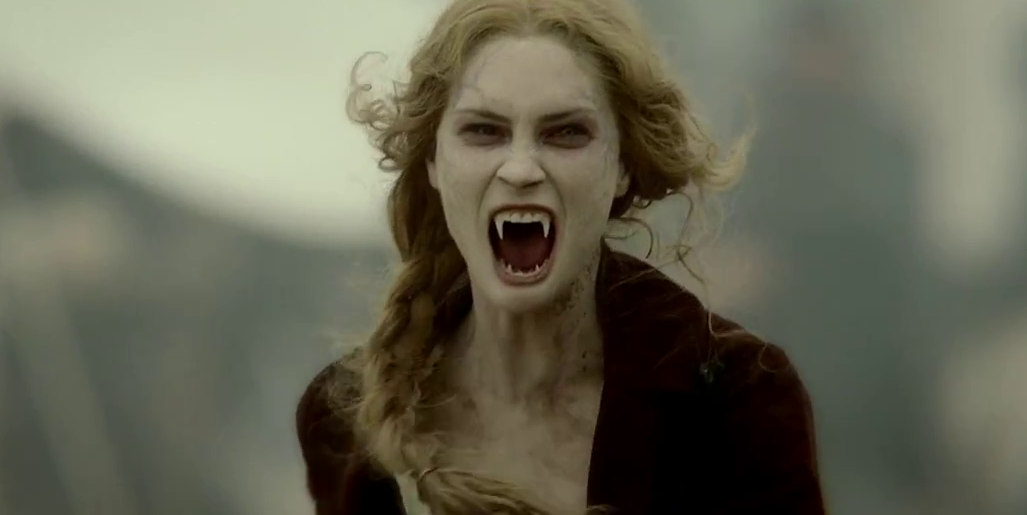 Then there is Vadoma, very much a bitch and more volatile than Adam, but just as good.

She is without mercy and when she is sent to gain revenge against Lincoln, the use of her is genius. I won't give away exactly what she does, but the choice of character is perfect to underline her complete lack of humanity.

So, on to the plot. Now this is a vampire film, so you do have to suspend disbelief, but then if you couldn't you probably wouldn't be watching this kind of entertainment. The basic premise is vampires like slavery because it gives them an easy source of food.

Abe and Henry fall out over that very subject because Abe wants to end it and Henry thinks without a food supply everything will just be worse.

As you can imagine, this means the vampires fight for the south in the civil war and the climax of the film is Gettysburg. I will not give away the ending, but it is very well done and the scenes on the train are exciting and visually stunning as are the actual battle scenes.

In this film the vampires were refreshingly new and their fit into society very well thought out. The effects to bring them to life were good and the fight scenes were superbly choreographed. It was nice to see a film willing to go for the 15 rating to put in proper fights rather than this fast paced nothing we get in a lot of movies that want a 12 certificate.

I'm also glad that they put in little options for further movies. There were little hints that it was quite possible to have Abe II even though Abe's last scene is where he is headed for the theatre. I really hope they make another one. I'd go and see it in the cinema.
Posted by Tasha Duncan-Drake at 11:43